It was supposed to be the final party of the year -- the last opportunity for first year students to have a drink before the exam season. 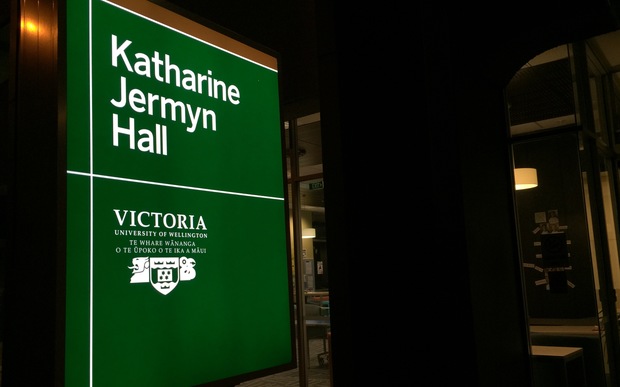 But the party at Victoria University's Katharine Jermyn Hall on Saturday night was shut down early after a small group of students smashed up the eighth floor.

One person was arrested.

Some of the partygoers agreed to speak to Radio New Zealand, on the condition they would remain anonymous.

"It was like a war zone, really. The whole eighth floor, a lot of ceiling tiles had been smashed, I think by peoples' heads. There were all sorts of drinking games going on, there was plaster everywhere on the floor.

"I know for a fact that one young man has been charged with wilful damage," said Roy Ross*, a first year who said he was there, but not involved.

Now the hall, which costs $349 a week, has a security guard in the lobby, students say guests are not allowed in, and an entire floor is uninhabitable.

"It was just people trying to have a good time," said Sandra Butler*, a first year psychology student.

"Usually on a Saturday night it gets a bit rowdy anyway, but because it was the last night we could drink [in the hall] before study week it just got a bit out of hand, and some people just took it a bit further than maybe it needed to go," she said.

The students said the hall's residents had been locked out of the eighth floor, and the lift no longer stopped there.

Despite that, some thought the party was fun.

"Everyone was just on a good buzz and then the [residential advisors] sort of came up and they got a bit of a surprise seeing all the damage and stuff. A guy was walking around with a golf club, smashing s*** up and all that."

"It was definitely taken too far, obviously it'd be thousands of dollars worth of damage, but I wouldn't recommend other people to do it," said Mr Cooper.

The university said the 26 students on the floor have been moved to other parts of the building.

One student said they had been throwing bottles and plates out the window; but Martin Collins* disagreed.

"We weren't throwing much s*** out the windows, but I don't think bottles were going out. I personally didn't destroy anything 'cause I am a sober (sic); I don't drink, I don't do anything like that," Mr Collins said.

"I didn't get involved in any of the antics which has left me pretty annoyed because I'm left to pay for it and I'm now moved from my floor and my room which I've been living in all year," he said.

Some of the students acknowledged youth and alcohol were not always a perfect combination on a Saturday night.

"People are young and some make poor decisions, especially when they drink," said Raymond Morris*. "That's just the effects of [the drinking], in all honesty."

"One floor's unliveable now, because there's power cords down and tiles and things missing but that's just the way it goes sometimes," Mr Morris said.

"It doesn't reflect well on the hall but if we can put those kind of things aside, this is an awesome hall to live in," he said.

"This is a minor setback in a time where there's been a lot of positives from the hall that don't get talked about in the media. This is just a minor blip on a big scale."

The university said it was extremely disappointed with the small group of students that caused the damage, and the police were investigating.