Michael Preston killed his estranged wife in a frenzied attack because he wanted full control and custody of their children, the High Court in Wellington has been told. 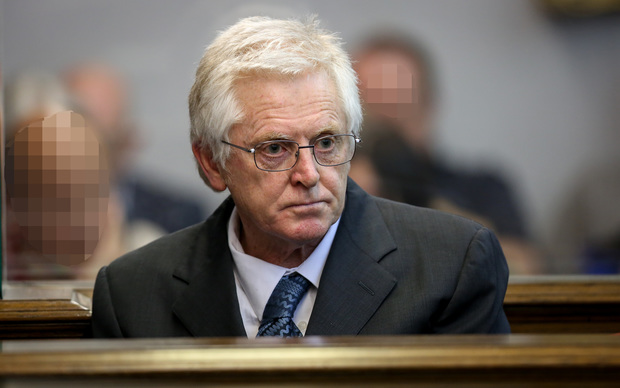 Mr Preston, who is 60, has pleaded not guilty to murdering Mei Fan in Wellington almost two years ago.

She was found stabbed to death in her Miramar home in Wellington in November 2013, and her body was discovered two days later.

Crown lawyer Emma Light said Ms Fan was at home in her Miramar house when she was killed. She was stabbed 15 times in the neck in a brutal and frenzied attack, and the knife used to kill her was left in her neck.

"The Crown case is that the defendant took the desperate and callous step of killing his estranged wife to secure custody of their two children," said Ms Light.

"He had repeatedly failed in his attempts to have her removed from the country.[New Zealand]"

Ms Light said the evidence will detail the fractious relationship that Mr Preston had with his estranged wife, and how these events led to the killing.

"In the week leading up to the killing of Ms Fan, a protection order was served on the defendant, shortly after nine o'clock on the night before her death," she told the Court.

The Crown said that in 2013 Mr Preston became obsessed with getting Ms Fan deported back to China so that he could assume complete custody of their children. He tried to have her evicted from a Housing New Zealand property and complained to Immigration New Zealand about her.

The couple met in China in 2003, when Mr Preston was there looking for work.

The Crown said there was a history of problems between the couple and that when they lived in China - Ms Fan's native country - he threatened to push her off a balcony. Ms Light said he also threatened her with a knife when arguing during their four years in China.

"At times the relationship was fractious, interspersed with acts of violence in China and efforts on the defendants part to undermine Ms Fan's relationship with their children.

"After the breakdown of their marriage, the defendant would alternate between euphoric feelings of love for her and contempt for her," Ms Light said.

"There was little forensic evidence left behind and the Crown will suggest the murder was planned and that the killer possessed a degree of forensic awareness," said Ms Light.

"This included several bloodied fish scale patterns left behind that could be identified as made by a kitchen glove, and bloodied footwear impressions too throughout her home."

The Crown said no other blood was found except on the handle of the front door, which suggested the killer changed his clothing before leaving the scene.

"But he was not forensically aware enough, including leaving black polypropylene fibres tangled around the knife found in Ms Fans neck, which the Crown says came from synthetic hair, and that a wig was taken to Ms Fan's home as part of a disguise by the killer.

"The wig belonged to the couples daughter, who used it to dress up as a witch for Halloween, and when interviewed by police as to where that wig was, she said it was at her Dads - but it was never located during searches of the Defendants address," said Ms Light.

The Crown said Colin Henderson - who was a member of the same church the defendant attended - will give evidence that he saw Mr Preston driving in Miramar, wearing what appeared to be a wig on the day Ms Fan was killed.

"Traces of DNA were found on it and tests indicate that this DNA could have originated from a male Preston family member."

"You'll hear evidence that that powder is consistent with the powder used in the manufacture of kitchen and latex gloves.

"Mechanics who worked on the defendants car two days before Ms Fan was killed will give evidence that the powdered palm print was not on the car when they returned the car on that Wednesday," she said.

The Court heard that traces of blood were also found on the interior of the passenger door of the defendant's car and forensic testing showed that those blood stains contained Ms Fan's DNA.

"The Crown says this is an error the defendant made when he took his gloves off," Ms Light said.

Ms Fan was found lying on the laundry floor at her property two days after she was killed.

The defence gave a short statement today, saying they will properly address the Court towards the end of the six week trial.