A fishing vessel which sank off the Canterbury coast today with three men on board has been found on the sea bed. 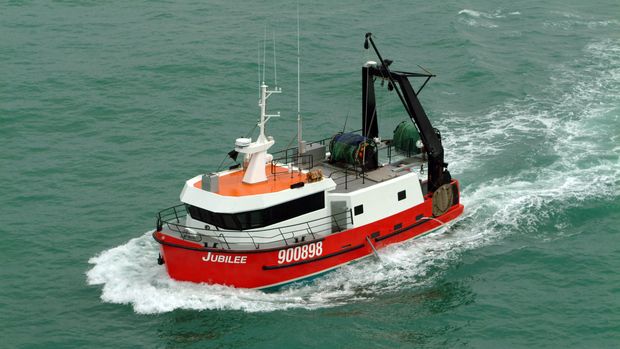 The crew of the FV Jubilee sent out a distress call at 4.30 this morning saying they were making for their life raft.

They were fishing about 20 kilometres off the coast from the Rakaia River in rough and windy conditions.

Debris from the vessel, including an empty liferaft were spotted this afternoon and the men are presumed drowned.

The official search was called off because of bad weather but the fishing company Ocean Fisheries continued with a private search this evening involving its own boats and a helicopter.

He said the men were all experienced fishers and it was not known what caused the vessel to sink.

The vessel was located in about 40 metres of water.

"At this stage it's just an object which has been found, so it's definitely the boat, it's in the same location.

"It's good to locate it and obviously it puts the police dogs in a much stronger position earlier tomorrow which is what we were hoping for - that was the intention of the search for the boat tonight." 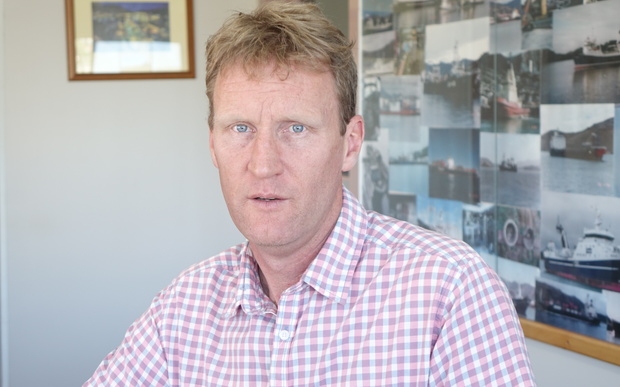 Mr Stark said two of his boats and a helicopter would continue the search.

"We accept the challenges and the difficulties and the conditions, and at this time we are realistic. But our focus hasn't changed from first thing this morning - we've got three men who are missing, and we need to find them."

The FV Jubilee was built by Stark Bros in their Lyttelton ship building facility and first launched in 2008 by Ocean Fisheries Ltd.

The 16-metre steel fishing trawler was worth more than $1 million when it was built.

The vessel was believed to be the first commercial vessel in New Zealand to be run on B100 Bio Diesel.