A mobile laboratory in a shipping container has been created in Dunedin to take science to rural people. 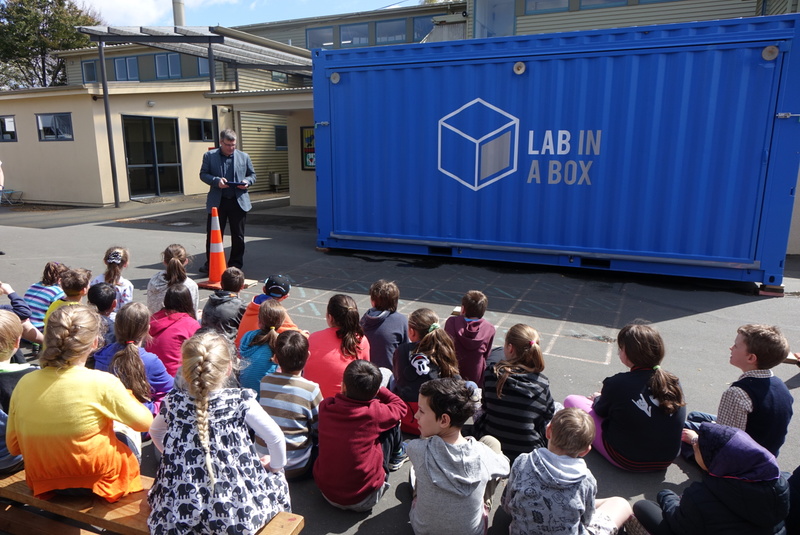 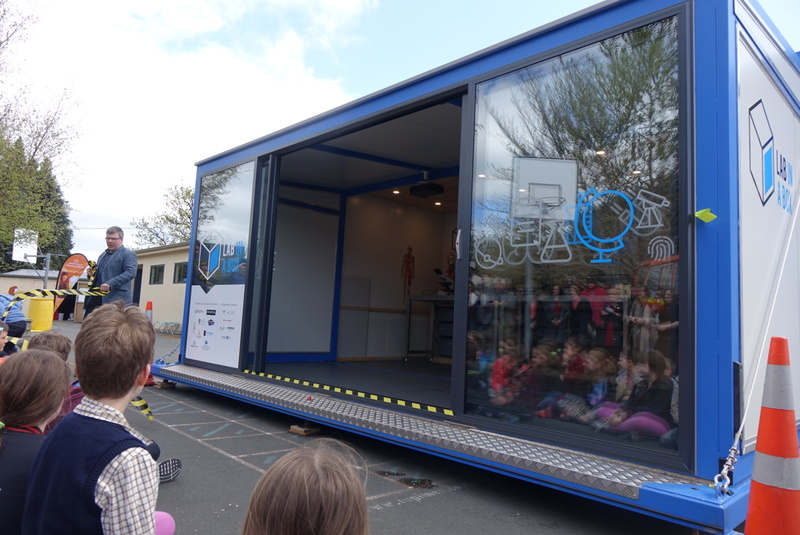 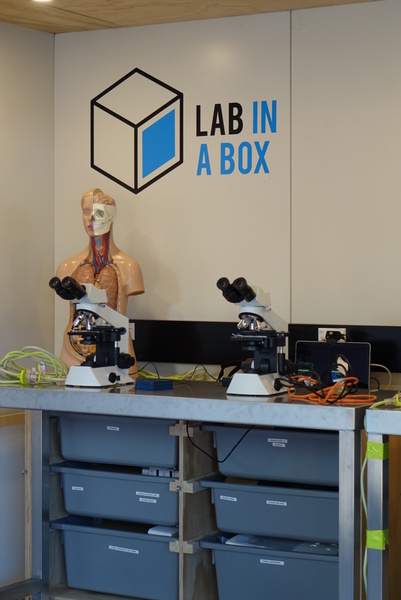 Inside the mobile lab during its stop at Kaikorai Primary School. Credit: RNZ / Ian Telfer 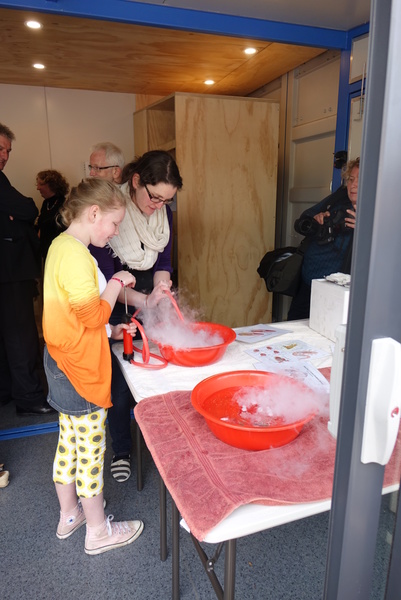 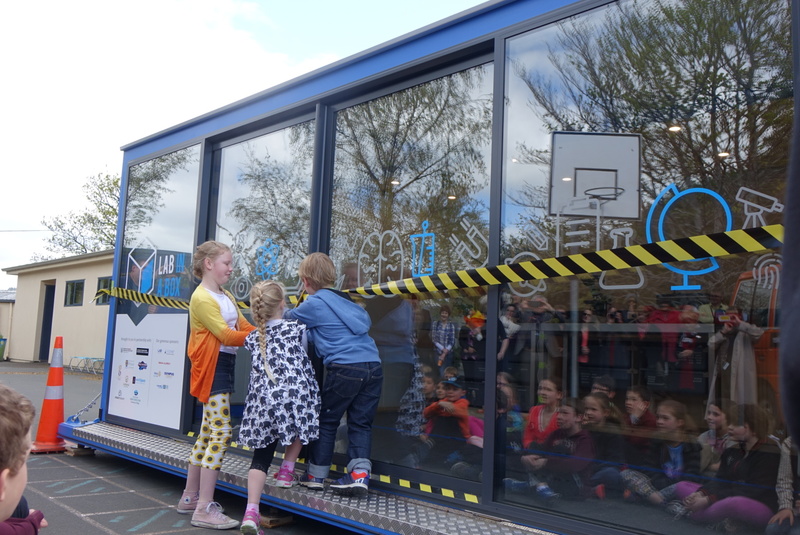 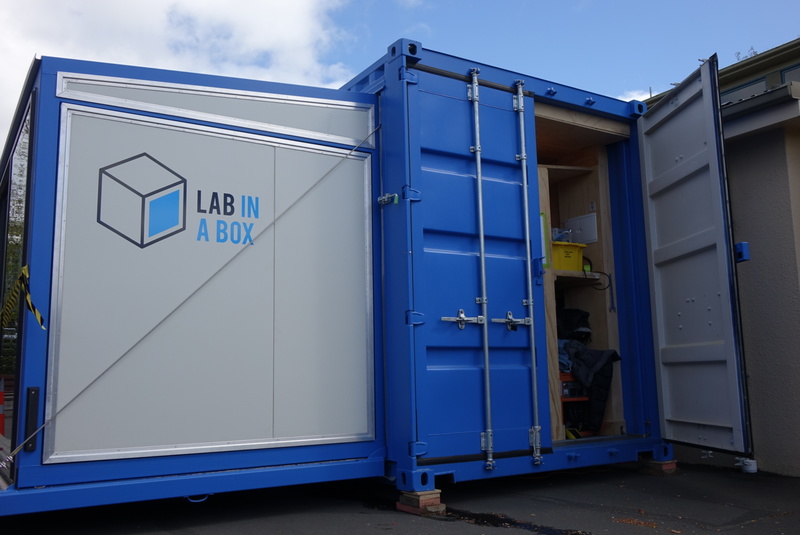 The Lab-in-the-Box is so large it needs electric winches to open its front door (not pictured). Credit: RNZ / Ian Telfer 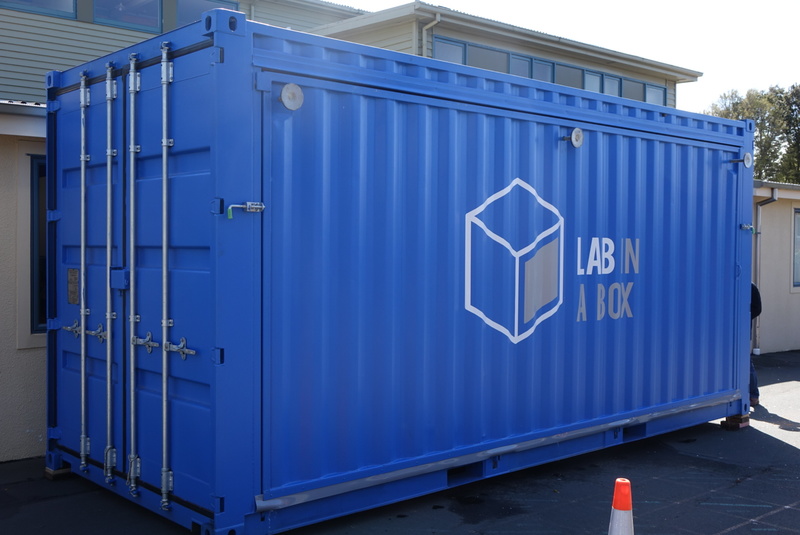 It packs down and closes up completely so it can be easily transported. Credit: RNZ / Ian Telfer 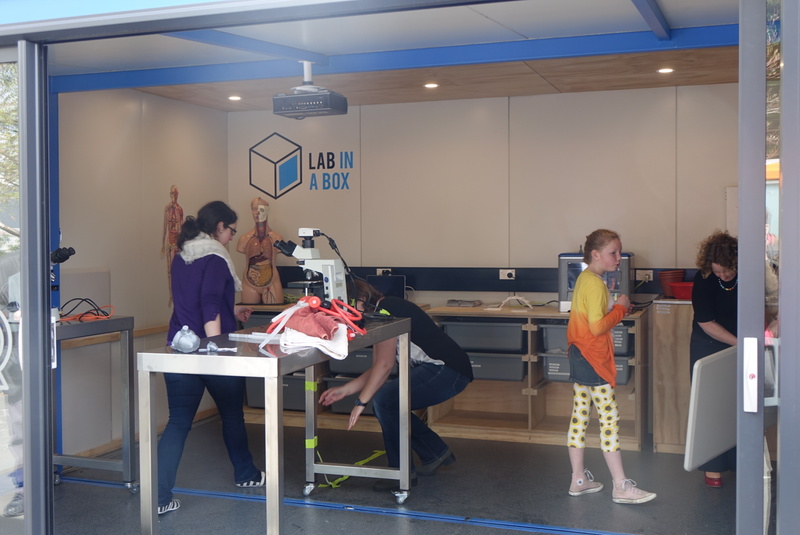 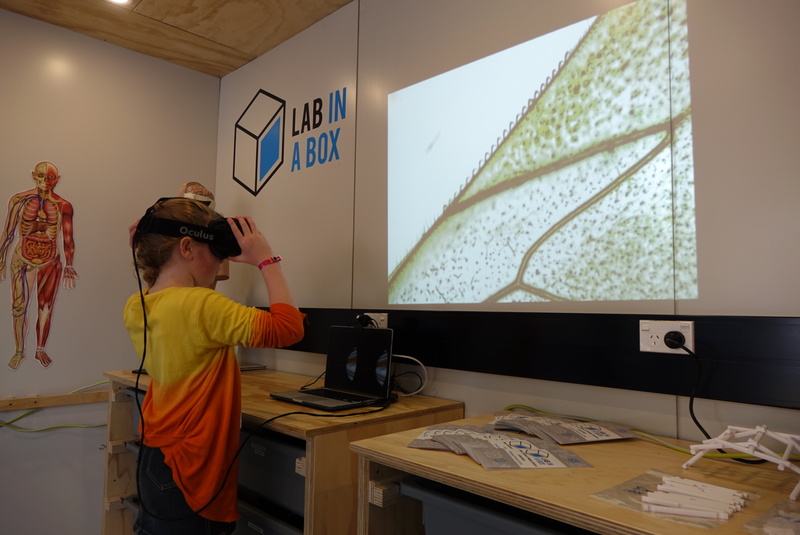 The idea behind the lab is to bring high-tech equipment to rural communities. Credit: RNZ / Ian Telfer 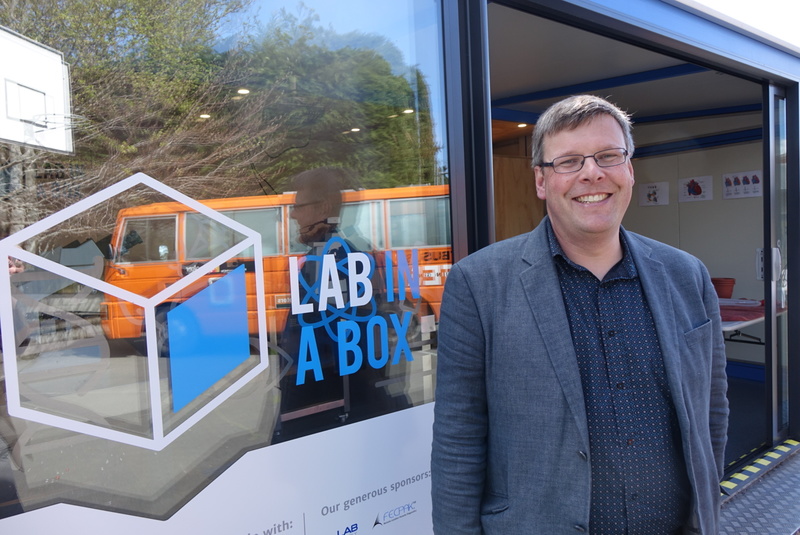 Dr Dearden said he thought the lab was the first of its kind. Credit: RNZ / Ian Telfer 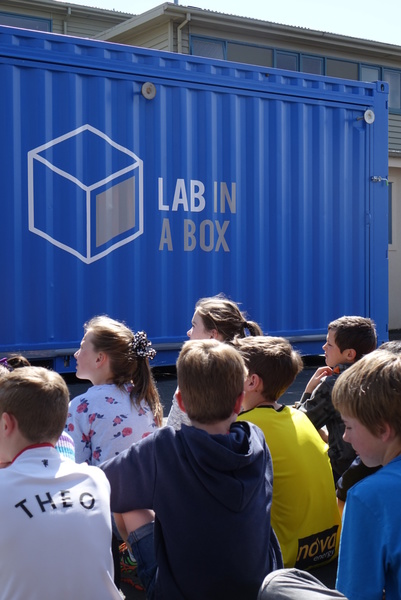 The lab will tour nine regional towns around the bottom half of the South Island by Christmas. Credit: RNZ / Ian Telfer

The Lab-in-a-Box, launched yesterday at Kaikorai Primary School, was set up by an Otago University genetics director, Peter Dearden.

The project got a $150,000 grant from the government's Unlocking Curious Minds fund.

The fully-contained training laboratory in a blue shipping container is crammed with high-tech equipment, including virtual-reality goggles, precision microscopes, and a three-dimensional printer.

It's like a big, blue toy box, so large it needs electric winches to open the front door.

Dr Dearden said it was the first of its kind to be fully transportable by road or sea, and available for both school teaching and science experiments.

"There have been some equivalent things around the world, and a lab on a train in Australia, but I don't think anyone has tried a laboratory which really is a shipping container, so that you can take it anywhere you like," he said. 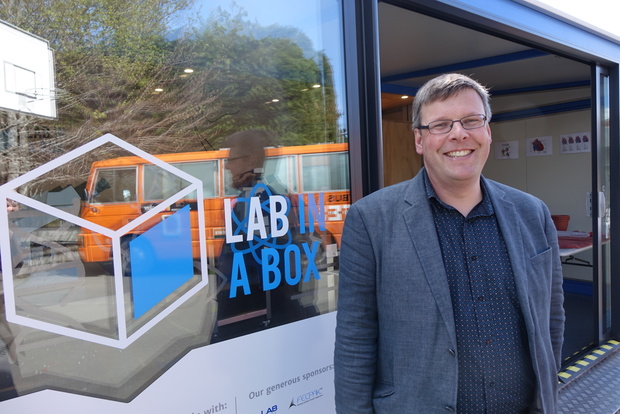 Associate Professor Peter Dearden, who dreamed up and led the project, in front of the lab at Kaikorai Primary School. Photo: RNZ / Ian Telfer

After a week ensuring it can't be broken, the lab is expected to hit the road for its real purpose - taking science to rural communities.

There are plenty of good outreach programmes in which people come into universities, Dr Dearden said, but they do not work for people in remote areas like the West Coast or the Chatham Islands.

He said science needed to go out to the people who were the guardians of New Zealand's land and water.

Kaikorai Primary School principal Simon Clarke said the lab was a brilliant idea because primary schools did not have equipment like augmented reality glasses or electron microscropes.

He said the box came with six undergraduate science students who could unlock scientific concepts for the children.

The lab will tour nine regional towns around the bottom half of the South Island by Christmas.

The first rural stop will be the Catlins Area School in Owaka next Wednesday.