Six people are in hospital in Christchurch after taking an illegal synthetic drug - with one of them in intensive care. 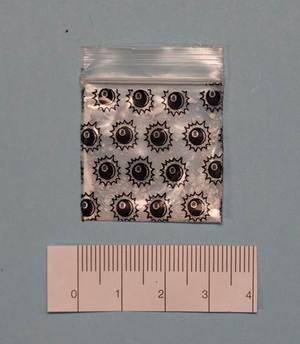 Police are warning the drug known as 'n-bomb is a powerful hallucinogen. Photo: NZ Police

Police are warning the public about the powerful hallucinogen known as 'n-bomb.

A Christchurch Hospital emergency medicine specialist Paul Gee said recreational doses of the drug were measured in tiny microgram quantities so it was easy to use more than intended.

There have been deaths associated with the drug in Australia and Asia.