Police investigating a bomb threat at Victoria University say no suspicious items have been found.

Students were earlier evacuated from the university's Murphy Building in Wellington as a precaution. The building has since re-opened, but classes are still cancelled. 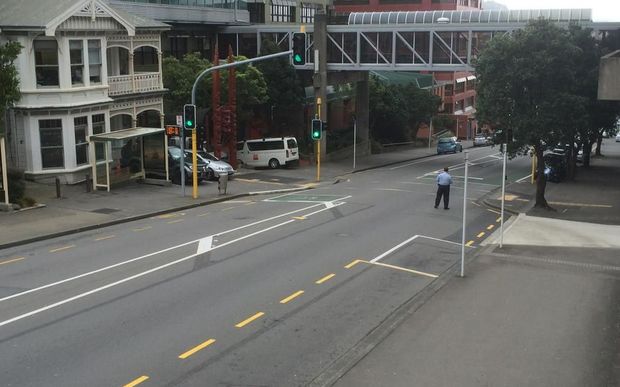 Police shut down the street outside the Victoria University campus building which was the target of a bomb threat. Photo: Jamie Tahana

Police said a note threatening the detonation of a bomb was found in the Murphy Building.

The public was asked to avoid Kelburn Parade while police conducted their search.

It comes as two-thirds of Otago university students failed to turn up for lectures today following an online shooting threat.

That threat was posted on an online bulletin board shortly before midnight on Monday.