A group of Wellington residents suffering life-threatening emphysema are fighting their breathing obstacles by singing in a choir, which is having a remarkable effect on their conditions. 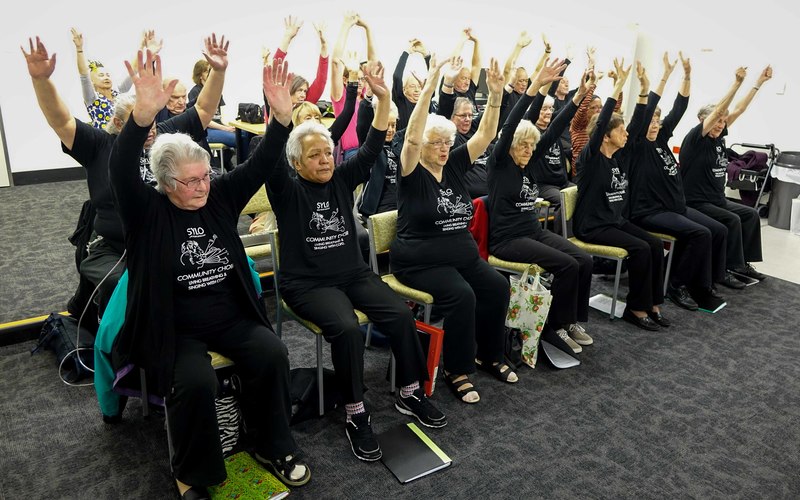 The choir's members have been singing together since 2014. Photo / Alexander Robertson 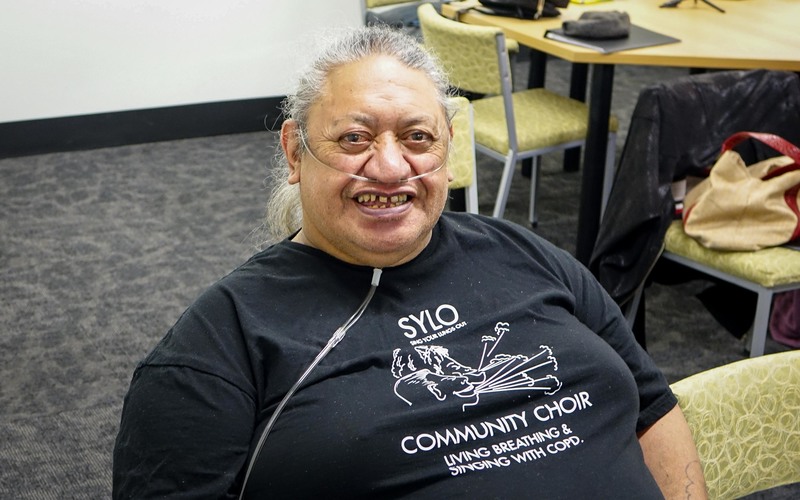 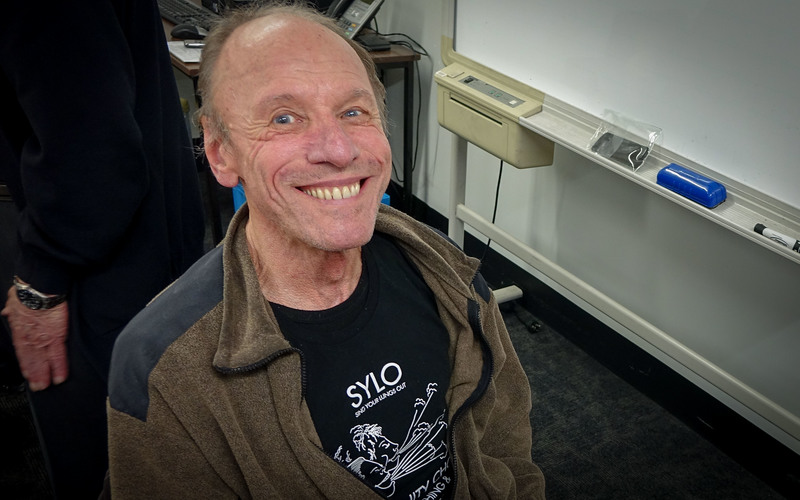 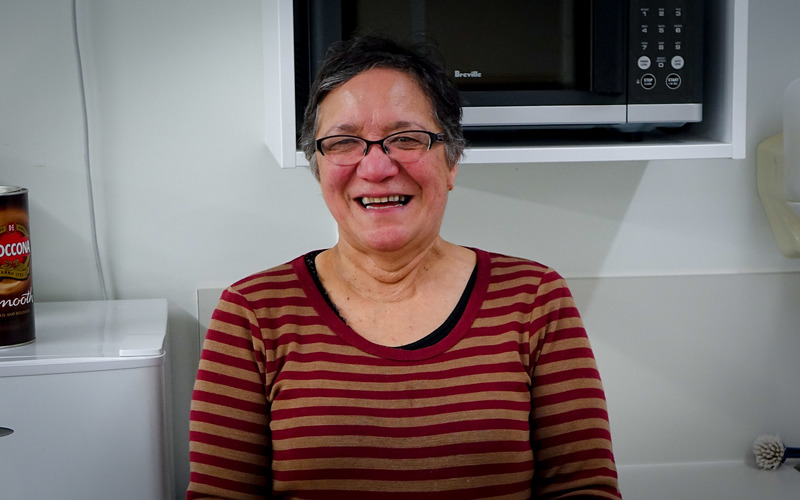 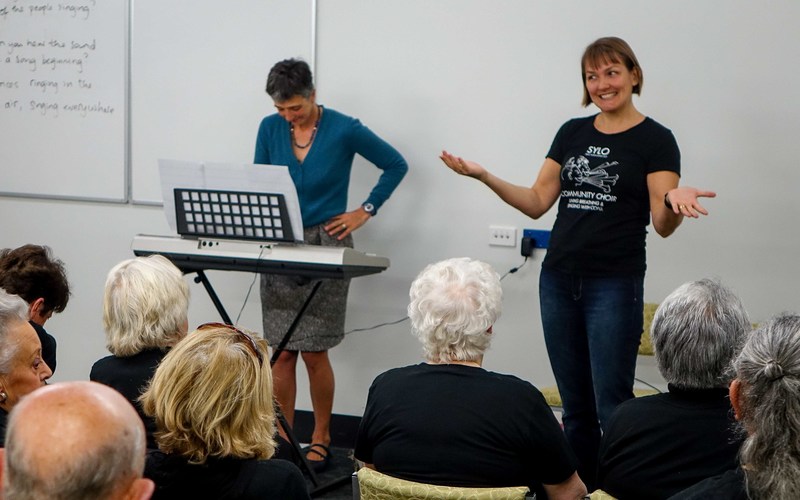 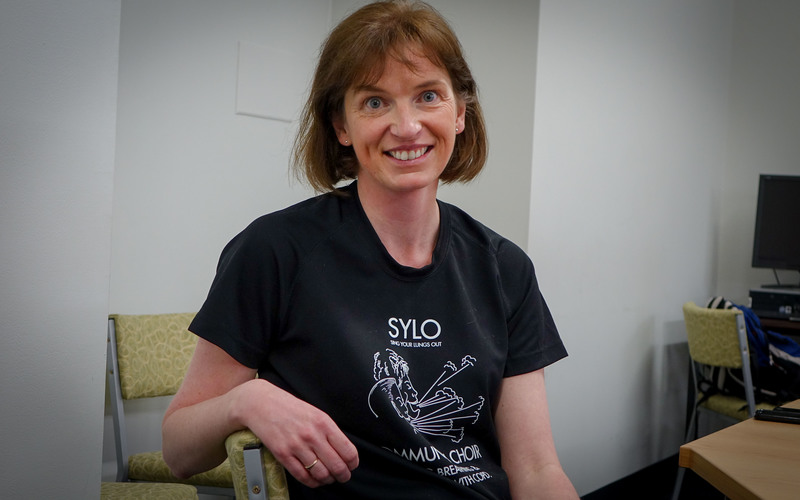 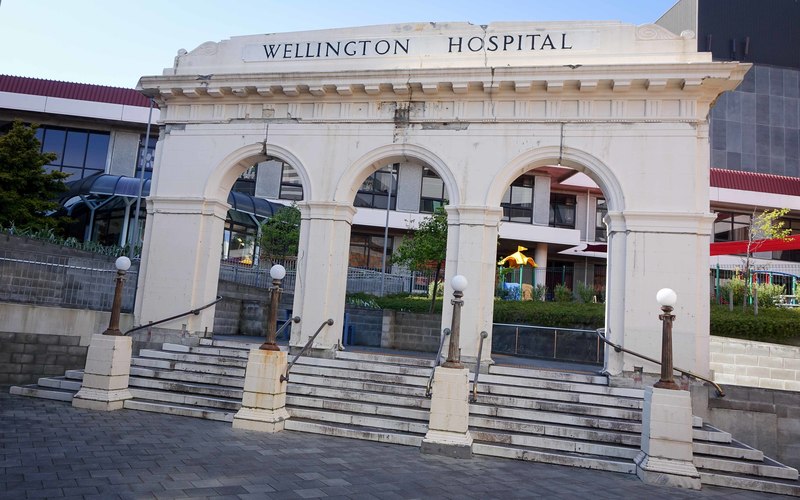 Imagine standing on top of Mount Everest's summit, attempting to breathe without an oxygen tank. That's what the members of choir members of Sing Your Lungs Out (SYLO), which was formed last year at the capital's main hospital, say their daily lives are like.

It's like breathing through a straw, they say, and many of them have life-saving oxygen tanks to help them get through the day.

But that's not the first thing that becomes obvious in this hospital room - instead, it's their infectious enthusiasm for life. 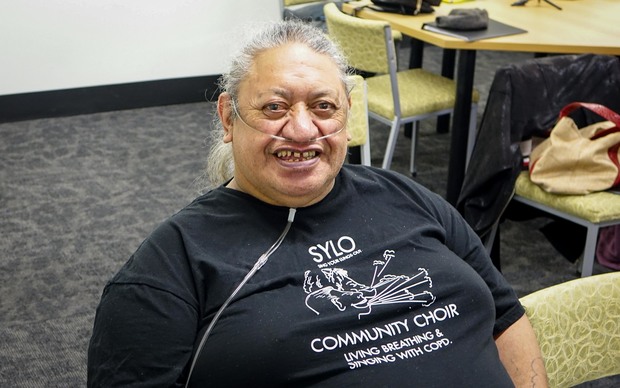 Warren King has emphysema and depends on his oxygen tank to breathe. He said singing in the choir has meant less time in hospital and has taken his mind off his condition.

"Last year and the year before I was in hospital, in and out, but I haven't been in hospital this year so it's quite good," he said.

"I don't really think about my condition when I'm singing. I'm happy, everybody gets on well and we talk things out."

Mario Mazzorana is an artist who had to put down his paint brush because of his lung condition. He said singing had slowly brought him back to life.

"I haven't painted a picture for over a year and recently it was starting to sort of sadden me a bit because I don't know if I'll ever have the energy again.

"We had a performance at Te Papa and at the end of that we got a standing ovation - and I sought of felt that, in doing the performance, that I sort of won back a bit of creativity." 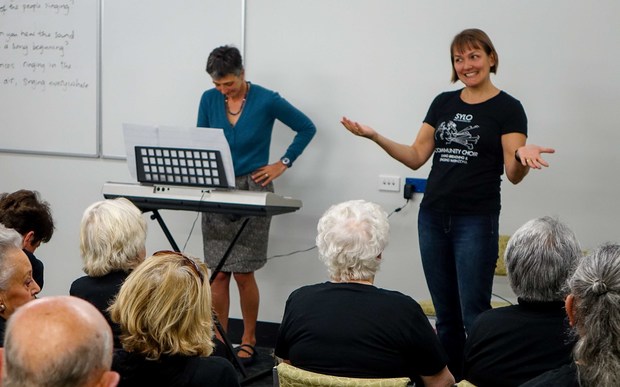 Another member of the choir, Evelyn Tuuta, was born with a lung condition and grew up on the Chatham Islands - where there was no doctor.

As she grew older, breathing became problematic, and she said joining the SYLO choir was about singing to live.

She said she had little time for healthy people who complained about what she sees as small problems.

"I go, God, if I had your lungs... but I don't, you know in the world, everyone has a different perspective of it, the only one you can have is yours.

"You can only live your perspective of the world and be what you are."

"I get to deal with people who are not always having such a good time," she said.

"So this is fantastic for me, we all have a good laugh and to watch this group change and develop over the past year has been absolutely amazing - they now go home and practice singing technique.

"I mean, who would have thought, some of them at the start were [like] 'why do I have to come to this group' kind of thing," she said.

The choir members are all patients of emergency doctor Sarah Aldington, who said the choir was set up to change their lives.

But she said they have, in turn, changed her life and those of her colleagues through their zest for living.

"We've watched some beautiful friendships develop over their months together.

"It's just a joy to watch how they all support each other. If one of them is sick or one of them has a difficulty, they all rally around, and it's great to see."