The first of two cast-iron sculptures by the creator of the UK's Angel of the North, Anthony Gormley has been installed, in the middle of the Avon River in Christchurch. 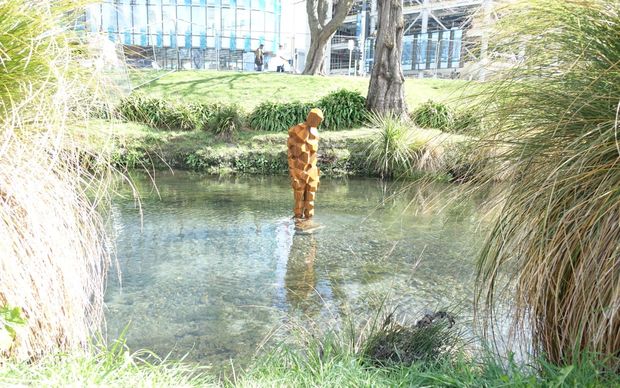 The Christchurch City Council spent $502,000 on the pair of figures, garnering criticism at a time when rates were rising.

The Canterbury Earthquake Authority also contributed a significant but undisclosed sum towards the art.

Rob Garrett, the curator of the Scape Public Art Festival which installed the art, said the figure represented the people of Christchurch, looking as if it had a weight on its shoulders.

"I see it as a figure that you can project your own thoughts your own feelings on, it is slightly twisted looking down in a quiet contemplative way." 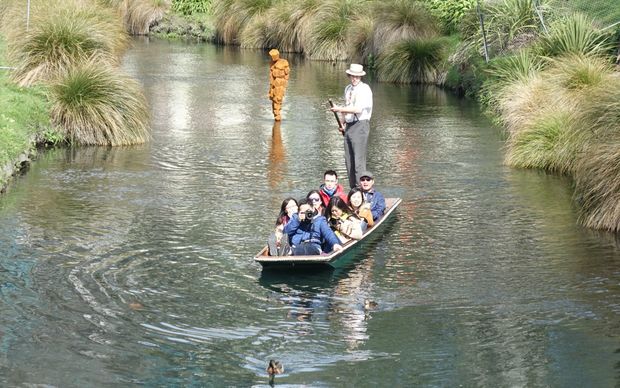 Mr Garrett said since the art was installed, he had recieved nothing but positive feedback.

"Because it is cast iron its material responds to the weather conditions, it goes dark when it is wet, in the sun it is a beautiful rusty golden colour.

"The beauty of this work is right now it is going to have a whole lot of feelings associated with post-quake Christchurch, but it will be here in 20, 50 years time and people will be able to reflect and even relate to the figure then as well."

Melbourne resident Peter said the sculpture would pay its way with the amount of people that will come and see it.

"I think it is absolutely stunning, beautiful, it is gently sitting in the river it reflects the state of humanity."

A self proclaimed art lover, Peter said the sculpture was priceless.

"The cost is not an issue, you can not put a price on a master piece, it is worth nothing but at the same time it is worth everything." Peter said.

Everyone wandering along the river stopped to take a look at the artwork.

"It's pretty cool, you don't know it is there until you get close, I thought it would be bigger but being human size I suppose it has more of an impact," a passer by said.

Another artwork recently installed as part of Scape will be lit up for the first time tonight. 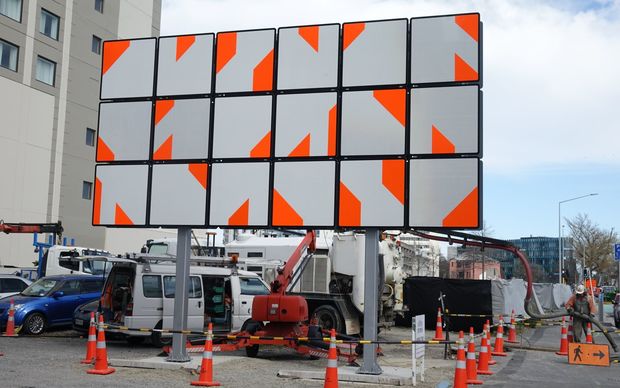 Under Construction- Chaos and Order by Peter Atkins sits opposite the Issac Theatre Royal on Gloucester St.

Mr Atkins said when he visited Christchurch he was struck by the number of directional traffic signs in the city, so he wanted to create an art piece comprised of panels based on road signs.

The work will add to art already brightening up the central city.

Last week the Christchurch Art Gallery unveiled Everything is going to be ok by British artist Martin Creed. 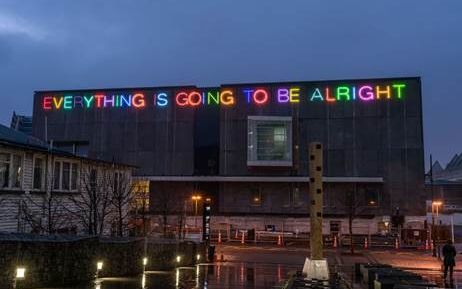 Everything is going to be ok by British artist Martin Creed. Photo: Martin Collie