Thousands of coastal Christchurch residents have been given certainty, after learning their homes will not be identified as being at risk from rising sea levels.

It follows the decision by the government to allow the Christchurch City Council to remove coastal hazards from the District Plan Review Process. 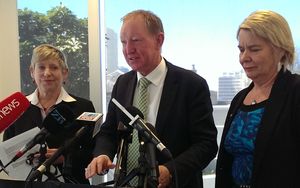 An estimated 18,000 residents, who live near waterways and the coast, feared the zones would reduce the value of their homes and affect their ability to insure their properties.

Christchurch mayor Leanne Dalziel thanked Ministers for being willing to listen and intervene on behalf of these stressed communities.

"The fast-tracking of our district plan was always intended to be about earthquake recovery. We do no need to move with the same speed with respect to these longer term issues," she said.

"It's the council's responsibility to consider risks and respond appropriately in the best interests of residents. However the truncated process of the district plan review does not allow for appropriate information to be gathered and input from the community," Ms Dyson said.

"We now have an opportunity to develop responses together to climate change that work for our residents and our region," she said.

Ms Dalziel said the council would work with the affected communities and the government on how best to deal with changing coastal conditions.

A Christchurch residents' group has also welcomed the move. Christchurch Coastal Residents United chairman Mark Munro said giving residents only until mid-October to provide feedback was never going to be long enough, and he was glad the council was now going to take its time over any changes.