Greyfaced petrel sea birds have been discovered nesting in the cliffs of Whangarei's Bream Head reserve for the first time in about 100 years. 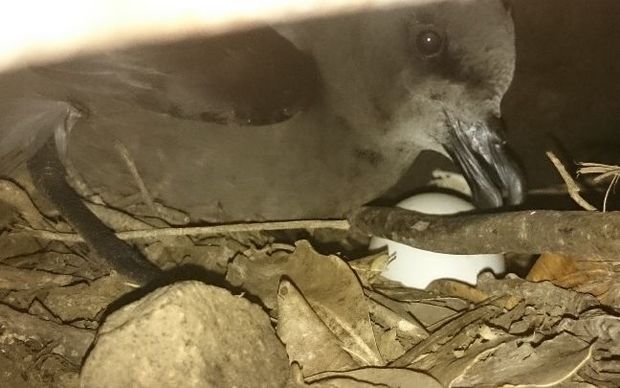 The reserves trust has been working to get rid of pests and predators from the 800 hectare reserve.

This is the fourth year of a five-year community plan supported by the Department of Conservation (DOC) to restore the reserve and reintroduce native wildlife.

The trust's project manager, Adam Willets, says the discovery is rewarding because it means the birds feel safe to return.

Mr Willet said it was an exciting moment when he discovered the nest while he was hanging over a cliff dropping bait lines.

"It was quite an amazing buzz, but the thing about it is you're not allowed to jump around or make a lot of noise so there was a lot of fist pumping into the air and high fives to myself.

"But I had to be very careful not to disturb the birds on their eggs."

Colonies of the large grey bird still exist on pest-free islands such as Hen and Chickens, and have been translocated to Matakohe Limestone Island.

The trust received $160,000 from DOC last year to help restore the reserve and reintroduce native wildlife to the peninsula.

In 2013 a new species of skink discovered at the reserve. It is now being studied and officially classified.

The chair of the trust, Glen Innes, said the discoveries of the greyfaced petrel and the new skink species were motivating and shows trust members that they are on the right track.