The landlord of a $2000-a-week Queenstown property, that tenants claimed was overcrowded and vermin infested, says he will evict the tenants and repair the house. 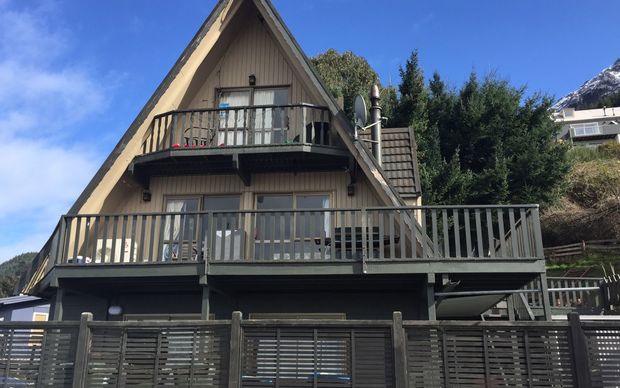 The house at the centre of complaints of overcrowding and poor conditions. Photo: RNZ / Peter Newport

Queenstown Lakes District Council investigated the property in the suburb of Fernhill earlier this year, after tenants reported it was being used to accommodate up to 40 people at a time and was infested with rats.

Council staff were convinced by the owner, Dunedin-based Perry Noyce, that he lived there and that made him exempt from government tenancy requirements.

But that was disputed by Sean Whittaker, who said he worked there for three years as a property manager.

"The fact that he perhaps came to the property, stayed for maybe one or two nights, once a month, once a fortnight or so, didn't justify that he was a live-in landlord," Mr Whittaker said.

Mr Noyce told Morning Report he planned to evict his tenants in the next four to five weeks, and fully renovate the property.

Twenty people were now living in the nine-bedroomed house, which was being rented for $2000 per week.

"That includes power, it includes firewood which [there] has been an extreme shortage of, includes all their other cleaning products and everything else that they require, even the old sanitary pads and whatnot."

Mr Noyce said Mr Whittaker had been "running the property as a party house" and when he took over the property he wanted to start afresh.

He said he moved into the property for two or three nights a week in order to to sort things out but was not living there at present as he was planning to close it down and renovate it. Since he took over there had never been 40 tenants in the house, he said.

"I've taken it over in March and I've made everyone aware at the property ... they're going to move out after the ski season and then I want to do a renovation on it.

"I'm just saying, well, I'm in transition. I'm just moving it on. Everyone's going to be out of there in four to five weeks."

He said he was not resident there at the moment, but a manager was handling it for him.

"The guy I'm dealing with, he seemed to say he's set traps, and I said 'what's going on', he goes, 'we aren't catching any, there's no dead rats'."

Queenstown Lakes District Council building services manager Peter Laurensen said if a landlord is living in a house, there is no legal limit to the number of flatmates allowed.

But if it is a boarding house, there are rules that must be followed, like having a proper fire evacuation plan - which was not in place in this case.

"Fundamentally, from our council's perspective, we want to know that people living in that type of situation are able to get out of the house in the event of a fire."

Mr Noyce said he had not lodged bond money for his tenants with the Tenancy Services agency because he was closing the property, but said he would honour the bonds.

Complaints by tenants in Queenstown appear to highlight a widespread practice of landlords keeping bond money in their own accounts, and recently another landlord was made to hand over $58,000 of tenants' cash to Tenancy Services.

Mr Laurenson said said putting the money with Tenancy Services, as is required, protects both sides.

The council says it will be working with the Ministry of Business Innovation and Employment to put pressure on local landlords to comply with Government tenancy regulations.