Four tourists escaped major injury after they fell 8 metres when a cable on a bridge on the Lake Waikaremoana Track at Te Urewera gave way yesterday.

The three women and one man, who the Department of Conservation (DoC) said were all French, plunged into the river below. 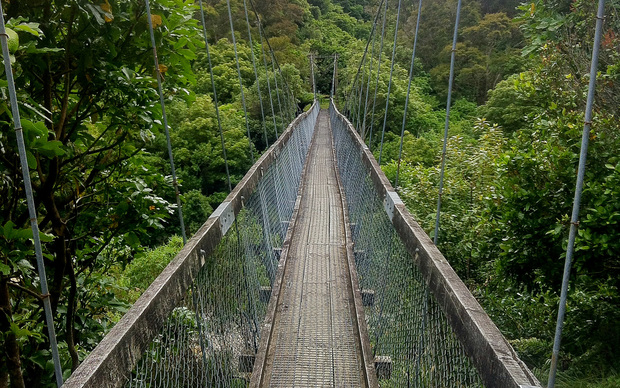 A DoC spokesperson said one of the cables on the 65m-long Hopu Ruahine bridge "released" at 1pm yesterday.

A senior bridge engineer has been sent to the scene to investigate the cause.

DoC spokesman Mike Slater said the bridge did not collapse and was still standing, but the cable "release" destabilised the bridge.

He said the trampers suffered some scratches and bruises when they fell, and were being "well-looked after".

Mr Slater said the investigation would be undertaken in two components, with a look at the engineering of the bridge and its integrity, and an examination of earlier maintenance and checks.

Mr Slater said there could be implications for other structures in national parks, but DoC would not be checking the safety of all 524 cable bridges throughout the country until this priority investigation was completed.

He said the department was responsible for 13,000 structures around the country but he was not sure how many of those were bridges. 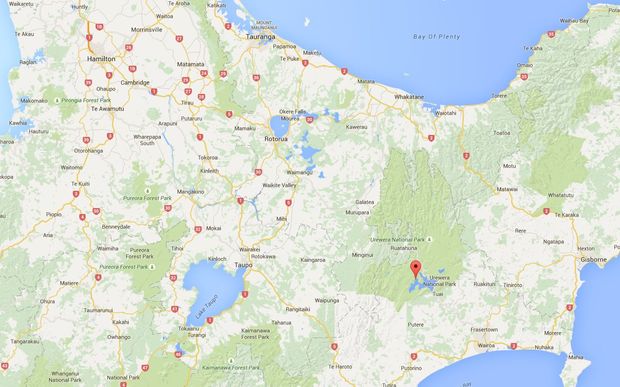 Labour was urging the Government to carry out urgent checks on all bridges on New Zealand's Great Walks following this week's incident.

Labour conservation spokesperson Ruth Dyson said it was only good luck that the tourists were not seriously injured and the Government needed to assure trampers the bridges were safe.

"For them to undertake safety checks now they will need extra resources, they cannot do it out of their existing budget," Ms Dyson said.

"We cannot afford to have anyone else injured or killed in what is a Department of Conservation facility."

The Te Urewera board that manages the area with the Department of Conservation said the bridge was last checked in June.

Ms Dyson said something had clearly been missed during the check

However, Ms Barry said the Department of Conservation's chief engineer was urgently investigating the bridge failure.

She said she could not comment further until that investigation was completed.

The head of a tramping organisation that regularly takes guided walks on the Lake Waikaremoana track said the bridge always appeared safe and she's surprised by the incident.

Manager of Walking Legends Hilary Sheaff said they have never had a problem with the bridge.

"We use the bridge weekly over summer, it's always been very sturdy, I mean it's quite a long suspension bridge, it crosses quite a wide river, we've crossed it with 10 people and it's always seemed fine," she said.

The Federated Mountain Clubs president, Robin McNeill, said cable anchors can start to fail but that generally only happens when a flood starts to wash a bridge away, which doesn't seem to be the case here.

He said in four decades of tramping he had never heard of a cable failing on a swing bridge.

DoC said the Lake Waikaremoana Track was still open, but the bridge would remain closed while it was examined.

The Hopuruahine bridge was built in 1994 and has the capacity to handle a maximum of ten people walking across.

Chairman of the Te Urewera board and Tuhoe spokesperson Tamati Kruger said it was a relief no-one was hurt.

"We've asked that person [deployed to investigate] to ascertain the cause of the failure and that news will get to us today," he said.

The incident comes 20 years after 13 students and a DoC officer died when a DoC viewing platform collapsed into a ravine near Punakaiki on the West Coast.

In an inquiry into the disaster, Judge Graeme Noble identified faults in the Department's structure following reforms and funding cuts.

Judge Noble found the platform had not been built with sound building practice, there were no building plans or specifications drawn up or looked over by an engineer, and the work had been carried out by DoC workers, not tradespeople or carpenters.

No consent was applied for the structure before it was built. Instead, the department applied for a retrospective consent, and that was declined.

Judge Noble said the platform was never formally inspected, either during or after construction, and even if it had been inspected afterwards, it was unlikely that its fundamental flaws would have been revealed. One of these was that it was held together with nails, not bolts.

There were no warning signs for the platform indicating how many people could go on it at one time. A sign limiting numbers on the platform to five people had been ordered, and was even delivered to the Punakaiki field centre in January 1995, three months before the collapse.

But while the relevant officer was on holiday all the signs were tidied up and taken away. When the officer returned, the pressure of work, including acting as Field Centre manager, meant he overlooked the sign.

A memorial plaque was unveiled at the site in April 1996. 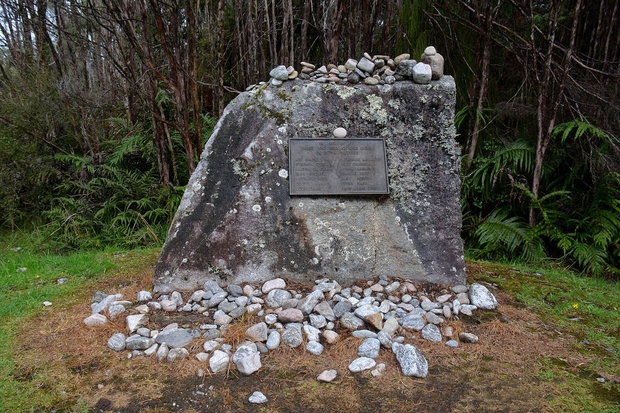 In 1998, the track re-opened to the public, new stairs replaced the old ones, but the viewing platform was not rebuilt. The platform space has a fence around it and warning signs.

At the Cave Creek commemorations held in Greymouth in April this year, DoC director-general Lou Sanson told the service the department had improved its systems.

"There were serious issues with the department's systems then, but now there are checks and balances in place, second to none in the world, and improvements are ongoing.

"I'm also intending to establish a system where we learn from accidents we've had on the Milford Track, very similar to what the NZTA does with road safety standards."