A dairy, a delivery driver and a bar worker have been the victims of armed robberies in Wellington overnight. 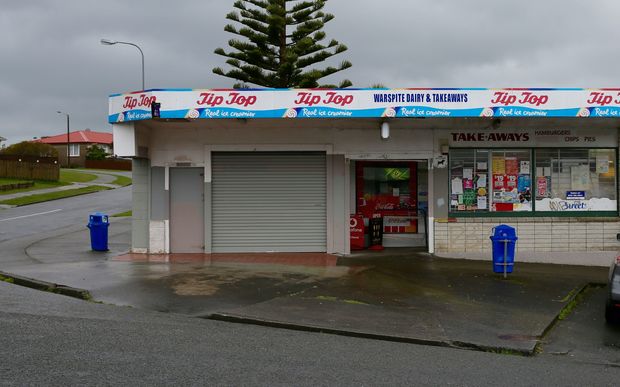 This Porirua dairy was held up at gunpoint in one of three armed robberies within hours. Photo: RNZ / Alexander Robertson

Just before 8pm yesterday a dairy in Warspite Avenue, Porirua, was held up at gunpoint and a till containing cash was stolen.

Shop assistant, Chung, said two men wearing balaclavas and orange overalls came into dairy and took the till, which contained had about $50 in it.

The second robbery occurred just before midnight outside Dominos Pizza in the suburb of Newtown, when an armed man, with his face covered by a scarf, took money from a delivery driver.

About an hour later, two men, both wearing ski masks and one holding a firearm, threatened a staff member outside a bar in Tawa and stole his car.

The vehicle was found by police a short time later, and a fake gun was recovered.

Based on items found in the car, police believe the Porirura and Tawa incidents are linked.

Senior Sergeant Derek Orchard said police would appreciate any information the public had, but people should not approach any suspect.