The child and grandmother who died in a house fire in Palmerston North have been named. 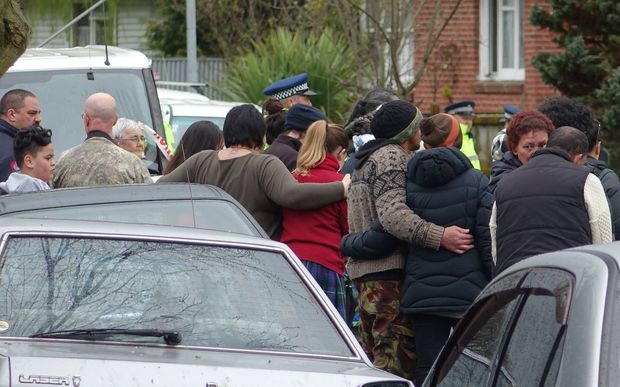 Whanau watch on as the bodies of a girl and her grandmother are taken from a Palmerston North house. Photo: RNZ / Max Towle

They were Bessie Tehuia Tokona, who was 61, and her six-year-old grand-daughter Eunice Felton.

Detective Inspector Ross McKay said the family had asked for privacy as they grieve.

He said police and fire investigators had now completed their scene examination.

They have confirmed the fire started in the kitchen area and it's not believed to be suspicious.

The deaths have been referred to the Coroner.

Nine other members of the family were admitted to Palmerston North Hospital suffering from smoke inhalation and other injuries.

A 21-year-old man who'd been in intensive care was moved to a general ward this morning.

Mr McKay said there were working smoke alarms in the house, and that the family was woken by one.

He said the fire had had a huge effect on the community. 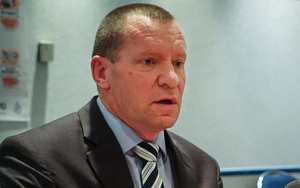 "The impact on any family, particularly a large family like this in an area is going to have hugely devastating effects."

Mr McKay said victim support and wraparound services were being put in place by the family's iwi, the hospital and the police. Housing New Zealand was working with other agencies to accommodate the family.

The Palmerston North mayor, Grant Smith, said the fire was a tragedy for the city. He told Radio New Zealand's Morning Report programme that donations for the family were being collected through his office.

Fire engulfed the two-storey state house in Exeter Crescent at about 2.50am yesterday. Neighbours were woken by screams as the family tried to escape.

She said her partner ran across the road to help, suffering a gash on his arm as he smashed windows and helped pull an older man out of the house.

Resident Marjorie Pipke said she could see the high flames from her home, and heard screaming, and what sounded like small explosions.

The family had lived in the neighbourhood for several years, Ms Pipke said, and she had spoken to the children, who were "really nice" and always said hello.

Another neighbour, Maraia Statham, said all the neighbours were outside.

"It's just so sad. When it happens just right outside your back door you feel so hopeless - you can't do anything." 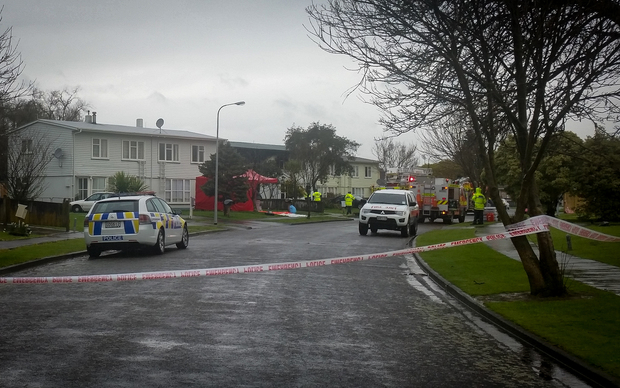 Emergency services were called at 2.50am and six fire trucks were used to put out the blaze. Photo: RNZ / Sam Waite