A class action against a government-owned insurance firm handling thousands of Christchurch earthquake claims has today been filed in the High Court. 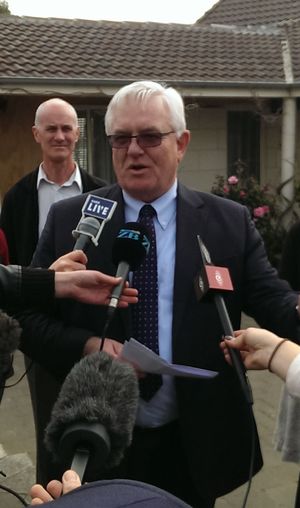 Forty-seven Southern Response policyholders are part of the action and the group's lawyer, Grant Cameron, is hopeful more will join.

The case has the backing of a litigation-funding company, meaning claimants would pay legal fees only if their case was successful.

Mr Cameron said Southern Response has been underestimating the cost of people's claims by up to 60 percent in some cases, and the insurer had "fundamentally failed" to meet its obligations.

Group representative Cameron Preston, a Richmond homeowner, said it was unfortunate taxpayers would bear the cost of Southern Response's claims but said homeowners were entitled to have their policies fulfilled.

Heinrich Hoepers' home on Crekye Road suffered significant damage in the 2011 earthquake but his repairs were deemed to be under the Earthquake Commission's $100,000 cap.

"It's scary when you see how much damage has been done to the foundations. I'm still living there but can not use two rooms in my house."

He said he filed two engineer reports to Southern Response in a bid to prove to his insurer his repair job was being underestimated and said the insurer had agreed to reassess the property.

Mr Hoepers said he was glad the class action had been filed.

"I want to see this through after so long. It is great we are finally taking action." 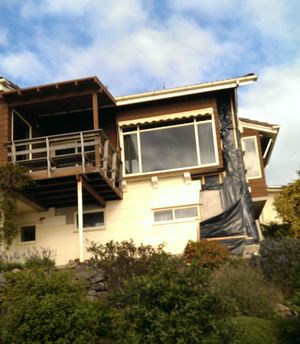 Another Southern response policy holder, 77-year-old Maria de Vries, has lived in her Redcliffs home for the past 10 years.

Her house suffered major damage in the earthquakes and large cracks can be seen in the walls and parts of the roof fell in.

"I'm grateful I can still live here but the house was only weather-proofed a few months ago. The roof used to blow in the wind."

The class action had given her more confidence and she had more faith in legal action than she did in Southern Response, she said.

"They send 10 people around here with their note pads, they have a look around and make notes but nothing is ever done and I am still waiting for a response," she said.

"I want the house to be fixed so I can move somewhere smaller before I kick the bucket."

A Southern Response spokesperson said the company was aware a claim had been filed with the High Court but it had not yet been served.

The spokesperson said Southern Response "stands by our pervious comments".

"We do not accept that a class action has any merit and we will strongly defend the claim."

The spokesperson said because each homeowner's situation was different, the "quickest and fairest way" to settle claims was on an individual basis, and not through a class action.

"We recognise the need to make good progress and the majority of our customers' claims are progressing, given the scale and complexity of the recovery environment."

Southern Response remained committed to progressing the claims of the 47 policy holders, despite the litigation, the spokesperson said.