Shipping containers placed along roads in Christchurch to protect people from rockfall will be removed this week. 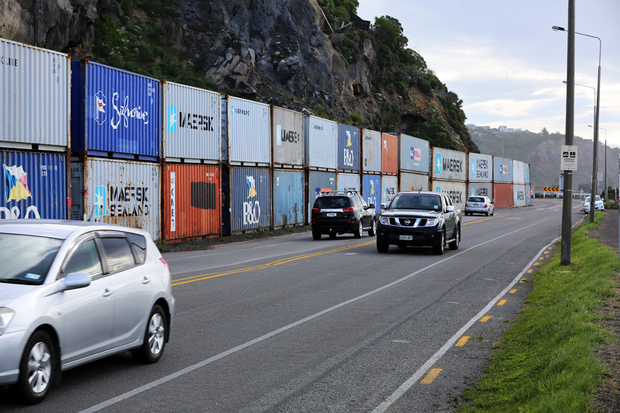 About 100 containers will be removed but those near Shag Rock Reserve will stay for now. Photo: RNZ / Diego Opatowski

After the earthquakes of 2010 and 2011, the containers were placed along Heberden Avenue in the suburb of Sumner, where rock-fall from a cliff face affected the road.

Christchurch City Council recently reassessed the area and says the risk is down to the normal level of risk on the roads.

The council will remove about 100 containers this week and replace them with a fence.

Containers near Shag Rock Reserve will remain until land remediation work is done.