If creditors agree to freeze a majority of debts for the next two-and-a-half years, the company will exit voluntary administration and sell down its assets over that time. Creditors will make a decision in mid-September.

Finance Minister Bill English and State Owned Enterprises Minister Todd McClay said the move gave the best chance of securing a future for the different parts of the business.

"Entering temporary voluntary administration, and freezing a portion of its debt, provides the best chance for parts of the business to continue to successfully operate in the future, under new ownership," the ministers said in a statement.

The plans were unveiled to staff at meetings this morning including in Westport, Southland and Waikato. 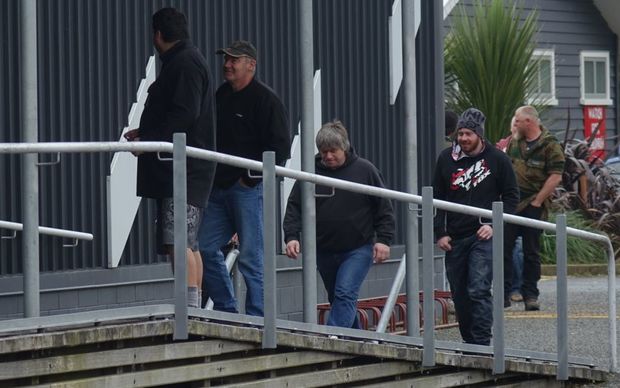 Workers from Stockton Mine arriving in Westport for a staff meeting about the future of Solid Energy. Photo: RNZ / Georgina Stylianou

Going into voluntary administration means company's financial position is frozen while a business plan is developed.

"The assets are proposed to be sold as a going concern. All employee entitlements will be protected," he said.

"If the proposal is accepted, all trade creditors will be paid in full."

The latest crisis is the third in three years for Solid Energy.

Solid Energy has laid off almost 300 workers at Stockton Mine, outside Westport, since last year, leaving about 240 still working at the mine.

Grey District Mayor Tony Kokshoorn said Solid Energy had a duty of care to its loyal workers but instead they had been let down by the company accumulating millions of dollars of debt.

He said the West Coast would recover in time but the state must play its part in the transition through the duty of care it owed a region which had played a major role in industrialising the nation.

Westport Mayor Garry Howard told business people at a breakfast meeting this morning that today would be an "historic day for the West Coast".

He said the announcement would be positive for the Coast and reassured people that no mine closures or further redundancies would be announced.

A representative from the Engineering, Printing and Manufacturing Union also attended the meeting in Westport.

Locals spoken to by Radio New Zealand said they felt apprehensive about the announcement, but said having some certainty would help people be able to make decisions about their future.