The victims of yesterday's fire in Waimate have been farewelled at a funeral service attended by close to 150 people in Christchurch this everning. 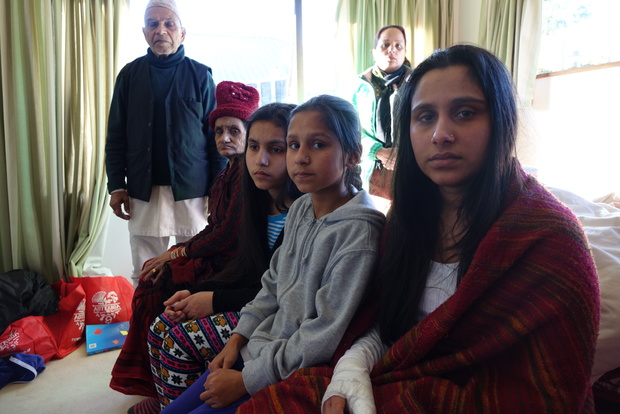 Tej Narayan Kafle, his wife Tika, and their eight-year-old son Prem were killed in the fire that ripped through the family's home above their restaurant yesterday morning.

The couple's three daughters, 24-year-old Tulsi, Manisha, 17, and 11-year-old Mamata, escaped the fire by climbing onto the roof from a bedroom window.

A spokesman for the family, Dhruva Khanal, said the Waimate Mayor and the principal of the Waimate Main School, where Prem was a student, were among those who attended the funeral.

He said the service was uplifting and family members shared memories about the victims. 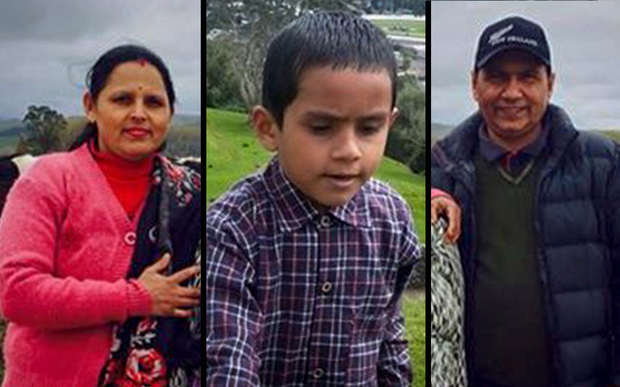 Mr Khanal said the victims' bodies would remain at the funeral home tonight and cremated tomorrow.

He said the Waimate and Nepalese communities had provided amazing support, and the surviving daughters were being cared for by their uncle and grandparents. 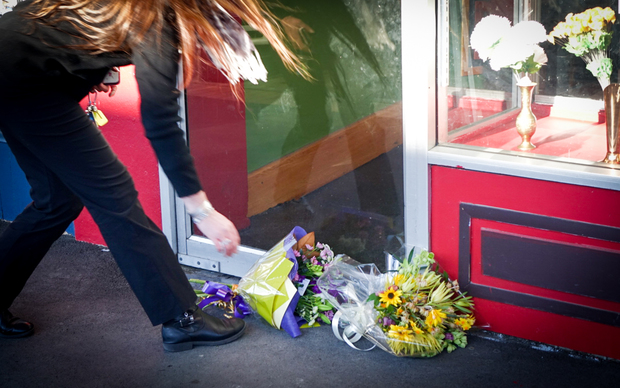 A Waimate resident pays tribute to the family outside their restaurant. Photo: RNZ / Sally Murphy 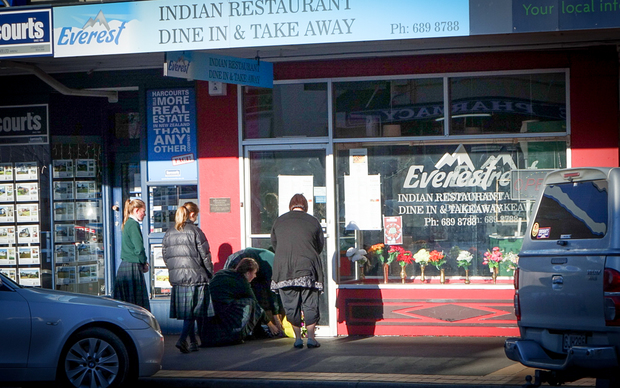