The public has had its chance to take a first glimpse inside the new $12 million Len Lye Centre in New Plymouth today.

The gallery is the first in the country dedicated to a single artist and some in Taranaki have called it a burden on ratepayers while others rate it as a boon for tourism. 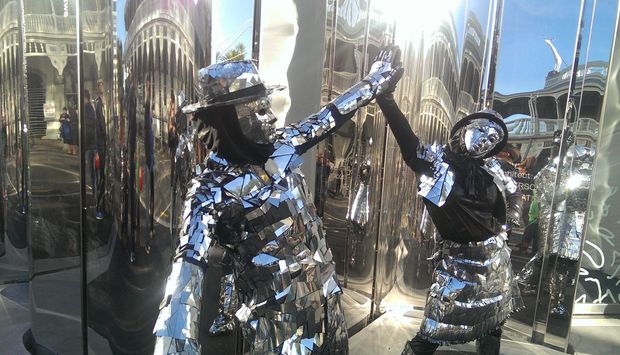 Mirror folk entertain the public at the opening of the Len Lye Centre in New Plymouth. Photo: RNZ / Robin Martin

About 500 arts fans waited patiently in the morning sunshine for formalities to conclude before the doors to the Len Lye Centre were opened at about 10am.

For most it was a first look inside the building which has already earned notoriety for its stunning 32-tonne, 14m-high mirror-grade stainless steel facade.

New Plymouth woman Felicity Murray was not disappointed with what she found inside.

"It's just like walking into one of the most amazing cathedrals in Europe, the height, the magnificence and the works are the icing on the cake. That's what it is here for." 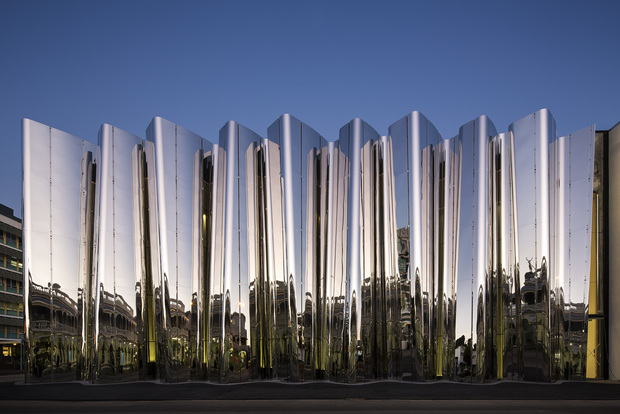 Peter Shand is the head of Auckland's Elam Art School and had travelled to the opening especially.

He said the importance of the new centre could not be underestimated.

"It's a major collection internationally as well as nationally and what it means is it cements the Govett-Brewster Art Gallery as one of the leading contemporary art galleries in Australasia."

The Len Lye Centre opened alongside the Govett-Brewster Art Gallery which is re-opening after a $6 million upgrade.

The Govett-Brewster Art Gallery is relaunching with an exhibition entitled Our Hearts of Darkness, which is an examination of violence in New Zealand through the lens of contemporary art from the gallery's collection

The Len Lye Centre's first ever exhibition is a "best of" called Len Lye's Jam Session, both shows run until December. 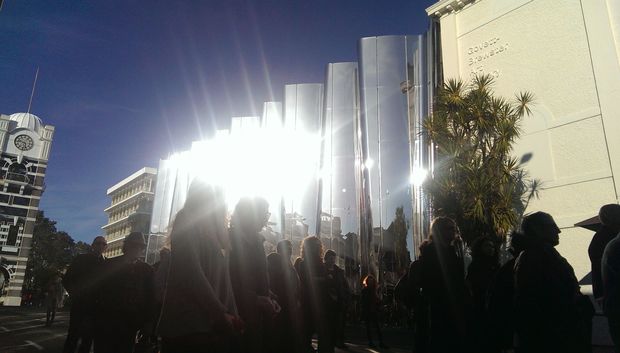