An independent hearings panel has turned down a push by Auckland Council to protect houses built before 1944. 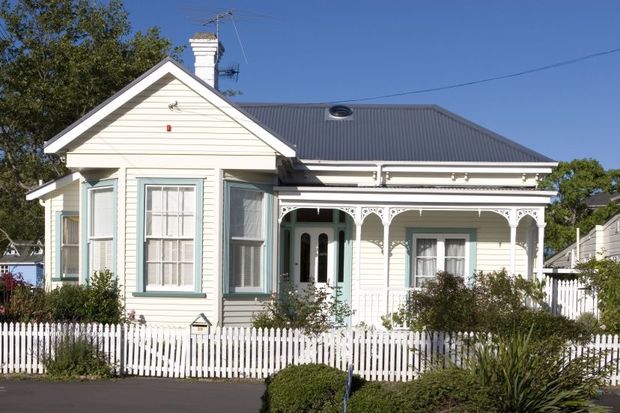 The council was proposing in its district plan that housing in character areas, specifically those built pre-1944, should be protected from demolition or relocation.

In its interim guidance published yesterday, the Auckland Unitary Plan independent hearings panel said it was not convinced the houses necessarily qualified for historic heritage status and protection.

There was no strong argument that those houses were of national significance, or that they faced real risk, it said.

Penny Laybourn has lived in New Lynn for 20 years and said despite what the panel suggested she could already see the destruction of heritage properties in her neighbourhood.

"Houses are selling overnight here ... there's one across the road from the 1920s which is going to be demolished."

Ms Laybourn gave evidence to the panel about her suburb and said the decision made her feel deflated.

"You feel, just, so small, trying to battle against this gigantic machine.

"We all work so hard in our day jobs, and then have to spend our evenings working trying to put together this evidence, it's quite soul destroying."

She understood the need for more housing development but said that should not mean bulldozing everything.

The head of University of Auckland's School of Architecture and Planning, Elizabeth Aitken-Rose, said the panel's decision was a mistake.

She said the proposal had been a way for the council to buy itself time to properly assess character housing.

"That pre-1944 Demolition Control Overlay was trying to give some protection before the council has time to actually really assess individual properties."

Dr Aitken-Rose said without protection, houses, community centres and shops of historical value were vulnerable, and not just in central suburbs like Mount Eden and Parnell.

"We are driven very much by land value in the end, but it doesn't really preserve what is important for us as a collective group of people."

The Character Coalition community group has lobbied for the protection of pre-1944 houses.

Spokesperson Sally Hughes said developing Auckland should not be at the cost of eroding its history.

"There are a lot of areas of Auckland that tell the story of how Auckland came to be the city that it is," said Ms Hughes.

"What we're really concerned about is that those areas will be degraded by losing two or three, four or five houses within a street, and the inappropriate new developments going up in those streets and suddenly, the character of those areas is gone."

She said the group would have to assess whether they would keep fighting for their community - or could afford to.

"This is very hard-fought money for a community group. We haven't got deep pockets like some of the development lobby have got, but we feel if we give up now, the community has no voice at all."

Ms Hughes said that while the decision was not final or binding on the council, it was a strong indication that the hearings panel had already made up its mind.