Residents at a newly built Wellington apartment complex have had to resort to using tin foil, plastic bags and tape to keep out the cold. The City Council said it was working to get to the bottom of the problem at the Marshall Court flats in Miramar which were completed in January this year.

Radio New Zealand Reporter Kate Gudsell went to inspect the flats with some of the tenants and found the elevator doors already have rust on them, and rust is visible on the walls where the vents are.

The complex received an award at this year's New Zealand Institute of Architects awards, and it was lauded for the use of circulation balcony spaces as private outdoor spaces.

But residents spoken to said the spaces may look nice but they act like wind tunnels, and one woman, who didn't want to be named, said she had to tape up her windows.

Brian Peters has taken to using plastic bags and tin foil to prevent the cold air from coming in.

He said the drafts were particularly bad when there were southerlies and northerlies.

"So we've resorted to putting tinfoil up inside the canopies." 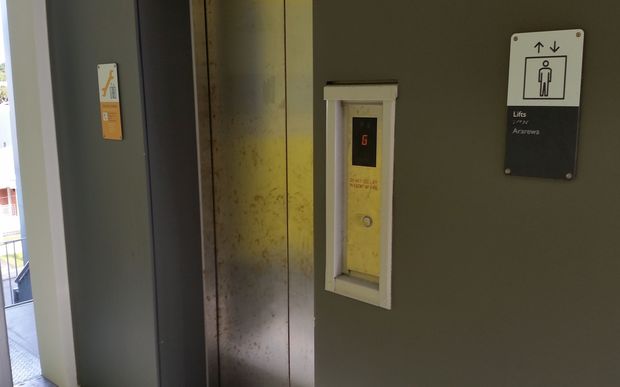 Ngaire Lambert moved in a few weeks ago and she was shocked at how cold the building was when she moved in.

"You can feel the cold coming through the vents and you know and the rangehood, you can take it off and you can see the fan going round, round, round bringing the cold air in, instead of working the other way."

Her son Kent Lambert was really excited when his mum got accepted into the apartments, but they very quickly realised there were problems.

"It really seems to me that the council hasn't come to the plate on what could be a really quick fix. Install thermal drapes, make sure that there's louvres that cover the rangehoods so that there's no draft coming through, and then put insulation around the door frames, and you've got it done."

Kent Lambert said the council had been dismissive, and he was told it wouldn't do anything unless there were more than two complaints. 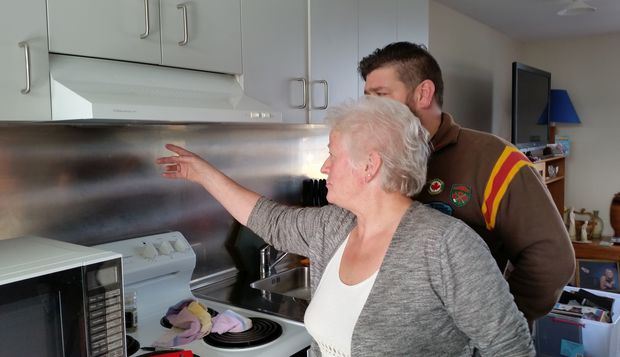 Yvette, who did not want to give her full name, said last week was particularly awful when temperatures plummeted and snow reached parts of Wellington, and the fixed heating systems weren't up to much.

"It was horrific, it was freezing absolutely freezing, the heater there was useless, my little heater was a lot better."

But Yvette and other residents said they can scarcely afford to use the heating.

Tawhai Konia lives on the groundfloor and said his flat was freezing at night.

But he also had a problem with noise.

"You're getting this real bad whistling noise and at night in the kitchen, where you hear a tapping noise, it goes tap, tap, tap and then stops. Then in the afternoon it starts again and then we had the tenancy manager come around to have a look at it and he said 'oh if it gets louder, just record it and bring it back to us' now that's not bloody good enough."

The Wellington City Council visited residents today, knocking on doors and talking to them to find out what the issues are. 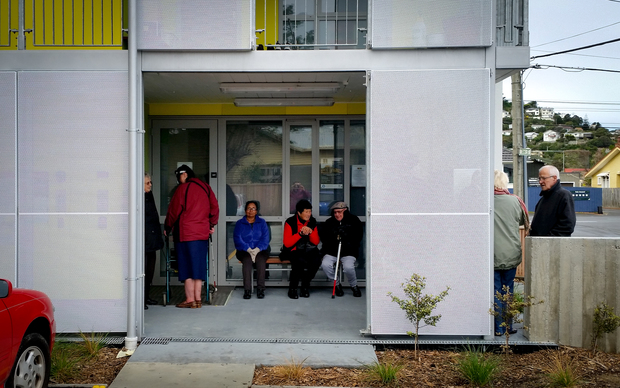