A Nelson farm owned by the same family for 171 years is still going strong - and that's despite the slump in dairy prices. 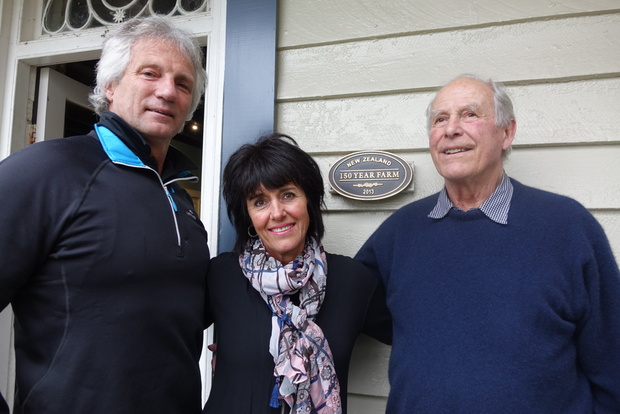 The Raine family have owned Oaklands farm since 1844 and began milking cows there in the 1930s, but they reckon weather and urban growth are bigger threats to its future. They have become the oldest family in New Zealand to receive a Century Farms Award, which recognises families who have worked the same land for a century or more.

The farm is now run by Richard's eldest son Julian Raine and his wife Cathy, who live on a neighbouring house on the property. The farm currently milks 200 cows year-round and is run as part of an integrated farm business alongside other farms and horticultural interests in the Nelson region.

Julian Raine said about 20 percent of milk produced was sold direct to the public under the Oaklands farm brand, while the majority went to Fonterra. 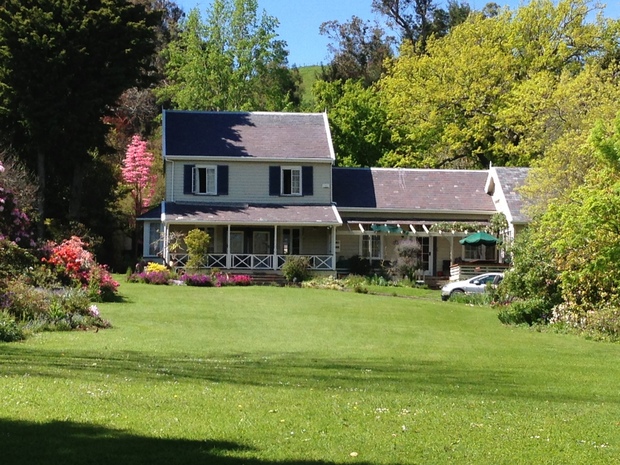 Oaklands milk is sold via vending machines at various locations around Nelson, and is also used in a growing number of city cafes.

Richard's eldest daughter Nikki and her husband Jeremy Cooper, who met while he was a young farm hand at Oaklands, recalled simpler times, including when the cows all had names.

"We used to have the most beautiful cow, called Ruru. We sat on her back while she was being milked and when she got old Dad retired her rather than send her to the Works," Nikki said.

Oaklands was forged by John Waring Saxton - Richard Raine's ancestor, and has survived wars and depressions, and a list of natural disasters closer to home, including floods and earthquakes.

John Saxton brought the Baltic pine homestead with him in prefabricated form from England in the early 1840s. He originally built it on another site he owned in Nelson before shifting it to Oaklands in 1845. It is the focal point of the farm and park-like gardens which feature large heritage trees, and rows of massive oak trees.

Nikki Cooper said previous generations survived by living frugally, through good and bad times. Her memories growing up there are of riding horses with her sister, friends coming around after school and many family occasions.

"Oaklands became very ingrained in our lives - so much so I never moved far from it," she said.

A more immediate challenge is holding off suburban growth on either side of the farm. The 500 hectare property straddles the boundary of two local authorities, the Nelson and Tasman councils. The farm's green buffer is being squeezed from all sides by suburban sprawl creeping closer to its boundaries.

"We're hanging in there, with houses all around us," Richard Raine said.

However, he is more concerned about the impact of weather on the farm than city growth and shifting dairy prices. In recent years, storm force winds have torn down heritage trees and heavy rains have taken their toll.

Richard, who is now 80, said the extremes had become more frequent, and that he had seen worse weather in the last decade than in his lifetime.

The Raines are determined to keep Oaklands alive, but they said it was going to take some lateral thinking. Two pieces of the farm's front have already been sliced off and used to develop the region's large multi-purpose sports complex, Saxton Field.

For Richard, there is too much tied up in the property to think about what might be, including the input of his wife Jill who has tended the house and 12 acre garden for decades and who is now in special care.

He said the farm was everything to him.