The company proposing a rocket launch pad on Canterbury's coast says it is committed to protecting the environment.

Rocket Lab's proposed site on Kaitorete Spit was officially unveiled this morning in front of Prime Minister John Key and representatives from the Department of Conservation. 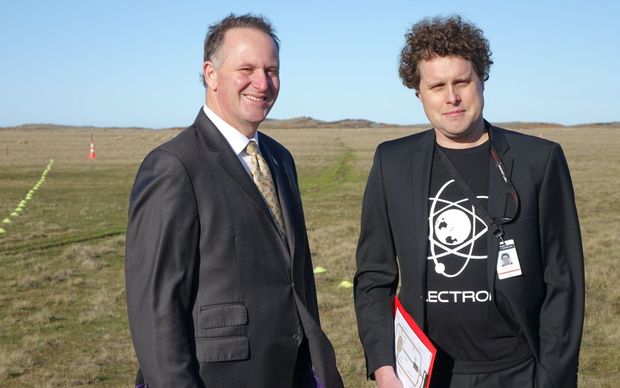 Rocket Lab's chief executive, Peter Beck, said the company is all about reducing the cost of reaching space.

"New Zealand is not known for space, but we became the first private company in the Southern Hemisphere to launch a rocket into space."

He told those gathered for the unveiling that the firm is committed to protecting the environment around Kaitorete Spit.

"I acknowledge the spit is special from a ecological stand-point and a cultural stand-point, so we want to be excellent tenants on the land."

He says the spit location was chosen as there is little air or maritime traffic to disrupt launches.

"It's not the first time rockets have been launched from the spit - Nasa came down here in 1963 and the University of Canterbury still launch here."

The Prime Minister, who had a look around the proposed site, said Rocket Lab was filling a niche in the market, which was very significant.

"This is a long way away from a pipe-dream, when consent is signed off we will be launching a lot of rockets here," he said.

"This will provide huge opportunities for jobs and will put New Zealand on the space map."

Rocket Lab has applied for consents from the Canterbury Regional Council and the Christchurch City Council to build the launch pad.