Auckland Rugby Union is looking into reports of an incident between an 11-year-old player and the referee at a match in South Auckland. 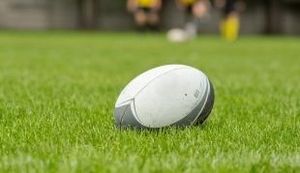 The Union's Club Rugby Manager Lewis McClintock said reports were being put together by the referee and both clubs to get a clearer picture of what happened.

He said families and spectators on the sidelines had different views of an incident so it was important to find out what those on the pitch saw.

A disciplinary committee will meet next week to determine whether any further action should be taken.

Meanwhile, two under 13 rugby players in Northland have been discharged from hospital after they were airlifted with head and neck injuries.

The pair were playing at a game-day hosted by Otamatea Hawks Rugby Club in Maungaturoto.

The club's coach, Dean Kenny, says there were eight games played yesterday and a total of six injuries that St John's ambulance volunteers dealt with quickly and professionally.