Police are hunting a man who allegedly robbed a Wellington bank this afternoon.

Detective Sergeant Richard Gibson said the man, armed with a knife, walked into the ASB Bank in Kilbirnie about 4.30pm, demanding money.

He said the man walked away with a small amount of cash but no one was injured.

The police have described the man as Maori or Polynesian, aged between 20 and 30 years old, and about 173 centimetres tall.

They said the man should not be approached. 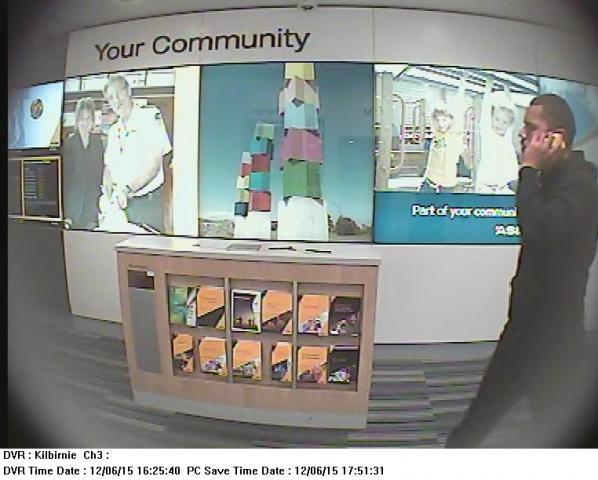 Police are hoping to identify this man after an alleged robbery at ASB Kilbirnie. Photo: NZ POLICE