One of Auckland's well-known Queen Street buildings looks set to be demolished, with apartments planned for the Real Groovy music store site. 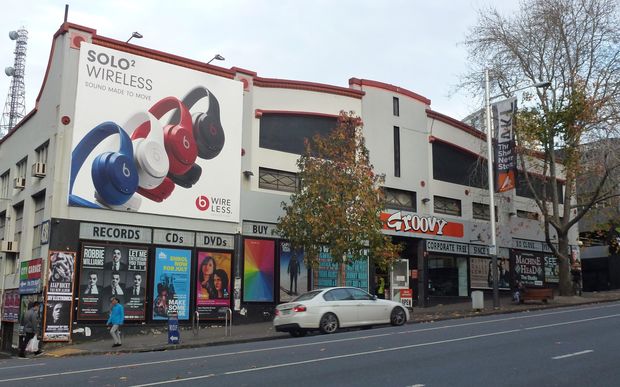 Apartment developer Conrad Properties said it was about four weeks away from publicly launching the development.

Information has been leaked on a website describing a development of more than 200 apartments, with shops on the Queen Street frontage.

The music store's co-owner Chris Hart said negotiations were continuing with the developer over the future of its lease.

He said the business would stay in the building until early January 2016 and that it would look for a new venue as close as possible nearby.

The building was originally used by the Dixieland Cabaret before becoming car dealership Campbell Motors. Real Groovy moved into the building over a decade ago, in 1991.

The site has been owned by the Webster family for 70 years, and Donald Webster said Conrad Properties had a conditional agreement to buy it.

Listen to Managing Director of the Real Groovy record store in Auckland, Chris Hart on Playing Favourites in 2011