Rescue crews are working under lights this evening as the search continues for a digger driver whose machine is buried under tonnes of rock at a North Canterbury quarry. 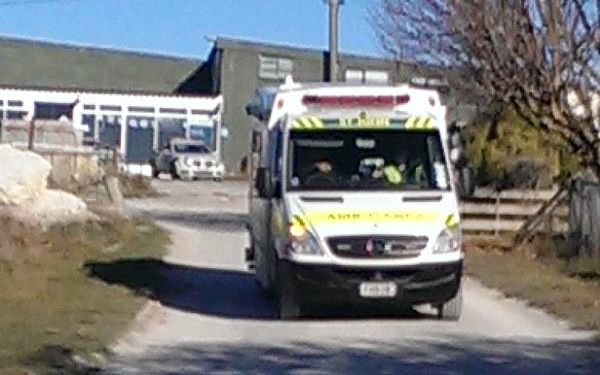 The driver was trapped when a rockface collapsed while he was working at the limeworks at Waikari about 10.30am today.

The digger was one of three working on a rock face that collapsed at the limeworks quarry.

The police said it was a very delicate search operation given the instability of the rockfall.

The search team is working under heavy lights and will go through the night if necessary.

Inspector Corrie Parnell said workers, local police and fire officers tried immediately to dig the man out but had to evacuate when more rocks - some weighing up to 15 tonnes - tumbled down.

"...so it's substantial in terms of size and weight," Mr Parnell said.

Twenty-five personnel were at the site, including Search and Rescue specialists from the Canterbury Police and Alpine Cliff Rescue, together with geotechnical specialists and representatives Mines Rescue and WorkSafe New Zealand.

They could see the arm of the digger but attempts to contact the driver had been unsuccessful, Mr Parnell said.

"It may well be an operation where we use remote capability, which we saw during the Christchurch earthquakes," he said.

"Again, that's all options we're exploring at the moment.

"I can't express enough, in terms of the instability up there at the front end."

Hurunui District Council owns the land the quarry is on and chief executive Hamish Dobbie said it was shaken by the incident.

Details of the accident remained unclear but the council would co-operate with all investigations.

Mr Dobbie said the council's thoughts were with the driver's family.