A small Otago town's internet service will be upgraded after a petition signed by more than half the residents was accepted by the Government. 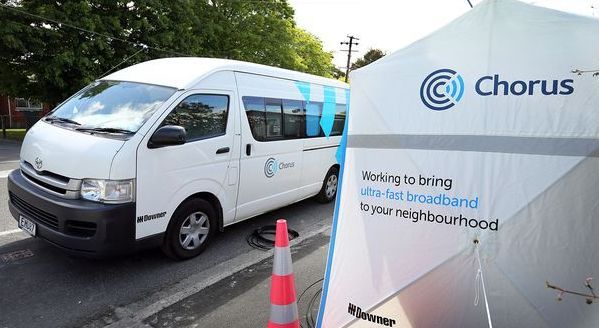 Chorus is going to upgrade its equipment next year which should put Outram's internet speed on a par with that of Dunedin. Photo: RNZ

The Outram Charitable Trust's treasurer, Tim Gibson, said many of the town's 700 residents worked from home and, at its fastest, the internet speed was just six or seven megabits a second.

Mr Gibson said the speed dropped to a "woefully low" half-a-megabit a second during peak times.

But, as a result of a petition signed by nearly 370 residents, Chorus is going to upgrade its equipment next year.

Mr Gibson said this should consistently double Outram's internet speed, meaning it is on par with Dunedin which is 30 kilometres away.

Two other small towns near Dunedin - Karitane and Saddle Hill - have also successfully lobbied the Government for a better internet service.

The Labour Party's information and communication technology spokesperson, Clare Curran, said while this was a win for these towns, the gap between internet services in cities and rural areas was continuing to grow.

Ms Curran, who is also the Dunedin South MP, said internet users and providers were questioning the success of stage one of the Government's rural broadband project.

The Government recently committed $150 million of industry levies to stage two of the project.

Ms Curran said Labour had asked the Commerce Committee to evaluate the success of stage one, before money was spent on stage two.