It has had pride of place on Wellington's Lambton Quay for 152 years, but the department store Kirkcaldie & Stains is set to shut up shop for good. 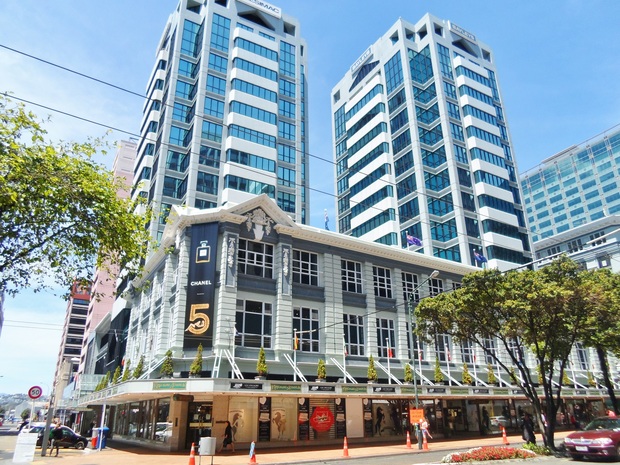 The store is being sold to the Australian retail giant David Jones, as long as shareholders give the deal a green light.

But the closure is striking a chord with many Wellingtonians, including some former Kirks employees.

Kirkcaldie & Stains was one of the most recognisable facades on the capital's Golden Mile, famed for its winter sale and Christmas displays.

But its finances were heading south - its pre-tax profit for the six months ending February was down nearly 40 percent from the year earlier.

David Jones said it planned to save most of the 270 jobs, but not all of them.

"I started off being an office junior and quickly went on to the book keeping machines, which were pretty ancient in those days," said Joan Bates, as she recalled her first day on the job in 1951.

She said she was sad but not surprised that the business' days were numbered.

And she said the department store it was now a far cry from the store she started working at.

"Oh, well it was a lot different to what it is nowadays. We had a very grumpy manager.... But it was quite a good job."

"I turned up and was interviewed wearing my little hat and my gloves, got the job, and went to the corsetry department," she said.

While she was long off the Kirks payroll - she did not want the store to go anywhere.

"Well I'm quite disappointed really. I mean, I knew they had been having difficulties for some time, but it just seems a tragedy that such a Wellington icon is disappearing."

"It has just got such a marvellous, rich history."

Stephanie Rew worked at Kirks for the eight years leading up to 1993, coming on board as a buyer after graduating from Victoria University.

She said customers came from all over New Zealand to see the store.

"That iconic facade, that iconic architecture on Lambton Quay, and also the branding of Kirkcaldie & Stains and all that meant," she said.

"Everything from the doormen outside the door, to the beautiful Christmas windows."

Stephanie Rew said she did not see the closure coming, but retailers had to move with the times.

If Kirkcaldie & Stains' shareholders agreed, the store would shut in January, and New Zealand's first David Jones store would open mid next year.

And that would make this year's Kirks Christmas display the last ever.

Shares in Kirkcaldie & Stains jumped 28 percent on the news.

Shareholders will vote next month whether to sell the brand, valued at $A400,000 and chattels for another $A500,000 if wanted, and lease the central city store to David Jones.

If approved next month, Kirks will close in late January, and the store will be handed over to David Jones to refurbish.

Kirks said investors were likely to receive a payment higher than the recent market value of their shares, though no figures had been put on it as yet.

The retailer has $18 million in cash after selling its Harbour City building, with another $4.75 million coming in October.