A Northland teacher says the invitation is still open to the Prime Minister to visit her town and see just how hard it is for some families to get ahead. 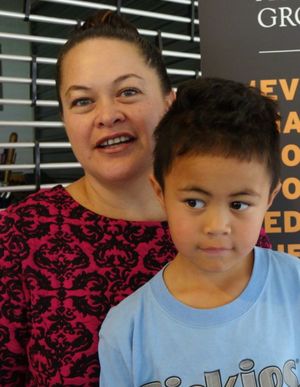 Kim Peita is the deputy principal of Moerewa Primary School and one of several Northland people who wrote Dear John letters to the PM last year at the request of the local paper, The Northern Advocate.

Mrs Peita said the pay rise for beneficiaries in this year's Budget would help local families a little, but the new work requirements were impractical when there were no jobs to be had.

"That's going to be so hard on our families," she said.

"There is no work, certainly not in Moerewa, so they're going to have to look further afield, and that means finding reliable transport and childcare. If anything, they'll be forced to move away."

Ms Peita said people who could not find work were often diverted into training courses, and while that can be a good thing, it was problematic for families with few resources in small towns with no public transport.

She said Mr Key was very welcome to take up the invitation to visit her school, and hear from Moerewa community leaders what they think would help their community.