A Wellington mother-of-two dug a hole for shelter and drank some of her own breast milk for sustenance after going missing while on a trail run in bush near Wellington yesterday.

The race started at 9am and runners on the 20km trail were due to have finished about 11.30, but the 29-year-old failed to arrive. Searchers found her safe and well late this morning.

Ms O'Brien said she dug a hole for shelter overnight.

She had two litres of water with her, some runners' gel packs and an energy bar.

Ms O'Brien, who has an eight-month-old daughter, expressed breast milk, saying she knew it would give her lots of nutrients.

She said she feared she would die during her ordeal. 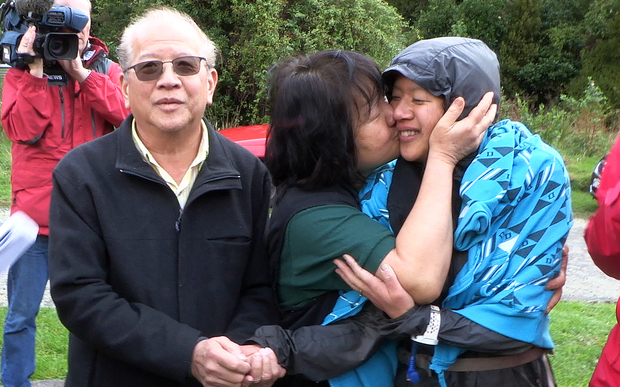 Weeping family members surrounded Ms O'Brien, who said her first priority was to feed her baby.

"I got lost and got stuck in some bushes and then I thought that was it," she said.

"I wanted to carry on but I got too exhausted so I just dug a hole. I didn't have a life blanket, I thought I was going to die.

"I'm breastfeeding my baby so I had a bit of my milk. I thought that should help me keep going, for energy."

Ms O'Brien said thoughts of her children, husband and extended family kept her going, as did praying.

"I just kept chucking dirt on myself and every time I heard something I kept screaming 'help'.

"I just kept praying the whole time and that's what kept me going, for some reason I didn't feel alone, I just felt like God was with me the whole time."

Ms O'Brien said she was determined to get back to her family, and the experience had made her realise "nothing else matters but my family".

She had not done any trail running for some time and believes she went off course without realising when running with her head down.

However, it had not put her off doing it again, she said. 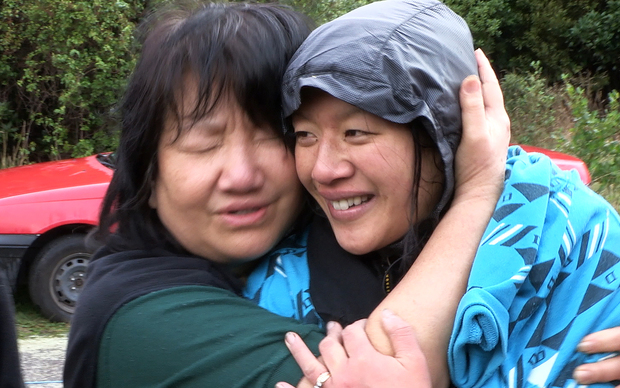 "We are very happy. Thank you very much everyone for helping," Mr Khoo said.

"(I) am happy to see my daughter coming back."

Two of her brothers were on their way to Wellington from Auckland and Melbourne, while other siblings were already there.

All the family and their friends had prayed for Ms O'Brien's safe return.

Earlier, a member of the public told police they had spoken to a woman matching Ms O'Brien's description at Haurangi Hut in the Orongorono Valley late yesterday morning.

Police had said they believed Ms O'Brien may have taken a wrong turn and become lost trying to find her way back to the track. 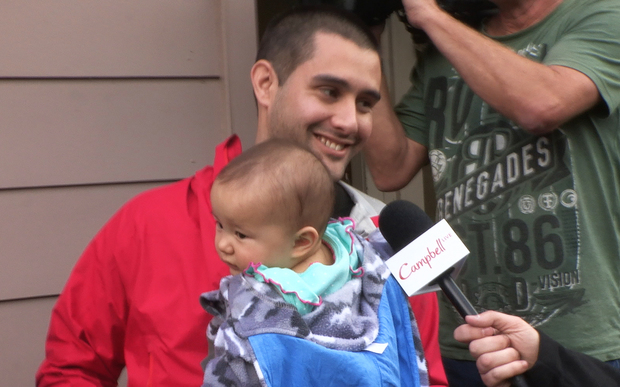 More than 20 police and search and rescue volunteers with dogs carried out a search of tracks and area around the Rimutaka Forest Park and the Orongorongo track yesterday, and camped in the forest overnight.

Land, Search and Rescue teams from the Horowhenua and Wairarapa joined the search this morning along with a helicopter with heat detecting equipment.

The organisers of the Xterra Trail Running Series said they would look at whether some safety equipment should be made compulsory in the future.

Event organiser Michael Thomason said while some equipment was recommended, it was not compulsory.

"I think this will definitely make people more aware, but the danger is in another season, or another couple of seasons people will forget.

"I'm reluctant to do that, I don't think it works, but we will certainly look at that."

Mr Thomason said when he spoke to her she was relieved but blamed herself.