Two Canterbury companies have been ordered to pay five migrant workers more than $70,000 in unpaid wages and holiday pay. 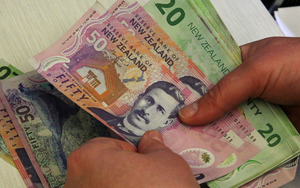 The five staff worked for Preet PVT Ltd and Warrington Discount Tobacco Ltd at seven dairies and liquor stores in Christchurch and Ashburton.

The two companies and their former director, Dilbag Singh Bal, had accepted they owed the workers that sum, Mr Lumsden said.

"The Labour Inspectorate is now seeking penalties against the employer from the authority for the breaches of the minimum employment standards," he said.

"Penalties are yet to be determined by the Employment Relations Authority.

"The parties are in the process of making submissions, with supporting evidence, and will be able to comment further about the nature of the breaches following the determination of the penalties. "

However, they could not comment further while the matter was still being determined, Mr Lumsden said.

Earlier this year, Marlborough business owner Ajay Gaur was ordered to pay more than $22,000 in unpaid wages to a migrant who worked in his vineyard, take-away and backpacker business. Mr Gaur was fined $10,000 for the breach.

At the time, Ministry of Business, Innovation and Employment spokesperson Steve Watson said the penalty was fair and in line with other cases.