Christchurch's New Brighton Pier requires urgent earthquake repairs to its concrete columns, after they cracked and left the reinforcing exposed to the sea. 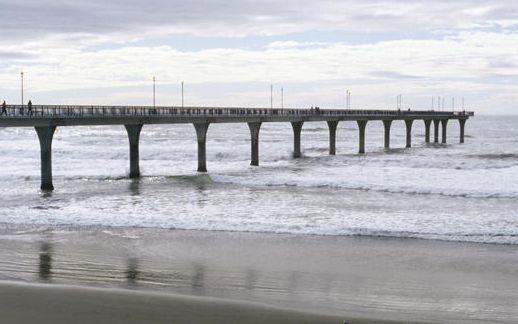 The life of the 300m-long pier would be shortened if repairs were not carried out soon, Christchurch city councillor Glenn Livingstone said.

The council wanted work to start before the end of the year and was negotiating with its insurer over the damage, which it estimated will cost $8-9 million to fix - twice what it cost to build the pier in 1997.

Immediately following the quakes building costs increased 1.5 percent every month, and he expected that had continued.

Mr Livingstone, who proposed to his wife on the pier, said it held special memories for many people in Christchurch and was a valuable asset to the city.

It remained safe to use.