Twelve tonnes of oily waste have now been collected from Tauranga Harbour following a spill earlier this week. 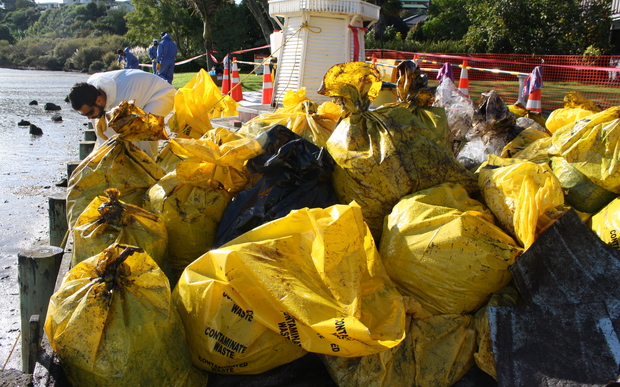 The fuel leak - of 1500 litres of oil - came from a Mobil pipeline as a ship was being refuelled on Monday.

The Bay of Plenty Regional Council said 70 people were continuing to work on the clean-up.

The effects on birdlife have so far been minimal but one oiled penguin has been cleaned and released. A number of penguin roosts in the area were still being checked.

Scientists have also been checking areas of the harbour for any signs that shellfish may have been affected.

Oil waste is being disposed of at a specialist facility at Hampton Downs in Waikato.