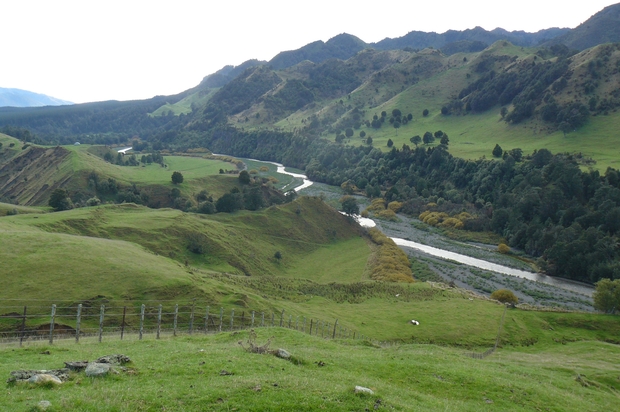 The site of the proposed Ruataniwha Dam in Hawke's Bay. Photo: RNZ

An Official Information Act (OIA) request released to Transparent Hawke's Bay showed that comment was based on the results of a consultation document presented in mid-2014.

Transparent Hawke's Bay spokesperson Chris Perley said there were 199 submitters to that document and the vast majority were businesses in Central Hawke's Bay who stood to gain from the dam being built.

Mr Perley said 950 submitters voted against the dam in a 'pro forma' submission, which the council counted as one vote.

"We know people are influenced by 'facts' but they need to be able to trust where those numbers and facts are coming from," he said.

"People have a lot of questions about the process around this project; they deserve clear, understandable, factual answers to make sound decisions."

Mr Perley said it was entirely irresponsible of Mr Wilson to suggest that 80 percent of Hawke's Bay people wanted the dam to go ahead.

Transparent Hawke's Bay was set up to hold the council accountable over the Ruataniwha Dam and push for more transparency in information about it, to improve the region's understanding of the $600 million water storage project.

Meanwhile, the board of inquiry into the dam project is due to release its latest decision on resource consents some time in the next few days.