A car crash caused police to close a section of Auckland's Queen Street for half an hour this afternoon. 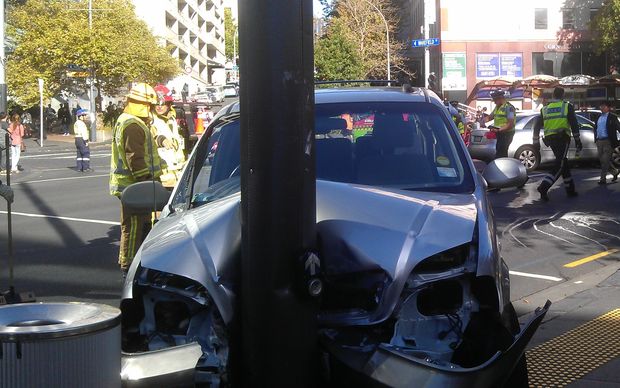 Police say a car hit a pole, trapping the passenger inside.

The passenger had since been removed from the car and was rushed to hospital.

The crash had been cleared but the road closure caused significant delays for traffic in the city's CBD. 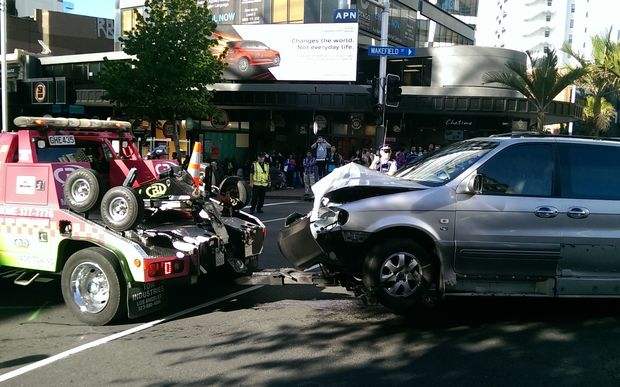 A car is towed away following the crash. Photo: RNZ / Henry Acland 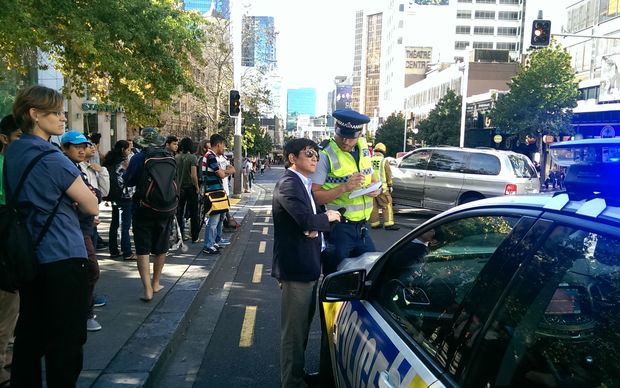