This year's Christchurch marathon is heading back to the central city for the first time since the 2011 earthquakes. 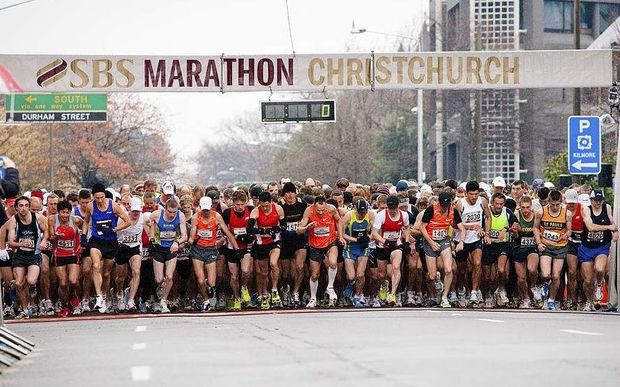 The 2010 Christchurch marathon - the last to be held in the central city prior to the 2011 earthquakes. Photo: PHOTO NZ

Since the quakes, the marathon which is held at Queens Birthday weekend, has been run in outlying areas such as Lincoln and the airport.

But it will now return to the city with a start in Cathedral Square and a section through the residential red zone.

Race preparations will include filling in potholes on quake-damaged roads.

Race director Chris Cox said the new course would showcase the city's rebuild but would cause minimal disruption.

He said entries were already well ahead of where they were last year.