The controversial $1.5 million Lighthouse artwork planned for Auckland's Queens Wharf is to go ahead without the need for ratepayer funding. 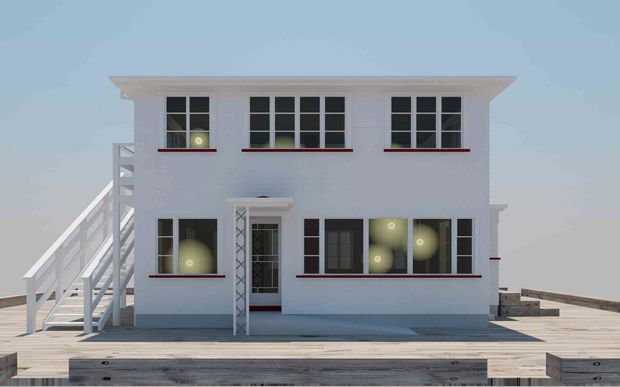 The first images of Michael Parekowhai's "Lighthouse" which will be installed on Auckland's Queens Wharf Photo: Supplied / Auckland Council

An anonymous benefactor has agreed to take over the underwriting of up to $500,000 which Auckland Council had previously pledged.

The work by artist Michael Parekowhai was launched with a $1 million gift from the real estate firm Barfoot and Thompson.

Auckland Council has released the first pictures of the design, modelled on a state house.

It said one change to an early design is the replacement of a large Venetian chandelier with ten smaller ones including the Matariki constellation.

The lighthouse is due to be installed on the wharf mid-next year.