The kayaker who went missing on Lake Coleridge in Canterbury two weeks ago, can now be named. 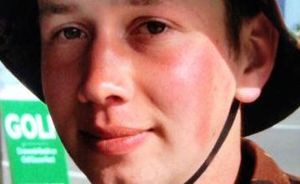 Twenty-year-old, Private Hamish Alexander Robert Duncan, from Hawke's bay was last seen in his kayak on the lake on 4 April.

Mr Duncan was training to be a medic in the army.

An extensive search failed to find any sign of him.

The incident has been referred to the coroner.