Maori trustees are considering legal action against two councils who have given planning consent for a bottling plant at Poroti Springs near Whangarei.

Auckland developer Zodiac Holdings has resource consent to take water from the aquifer that feeds Poroti Springs for export to Asia. 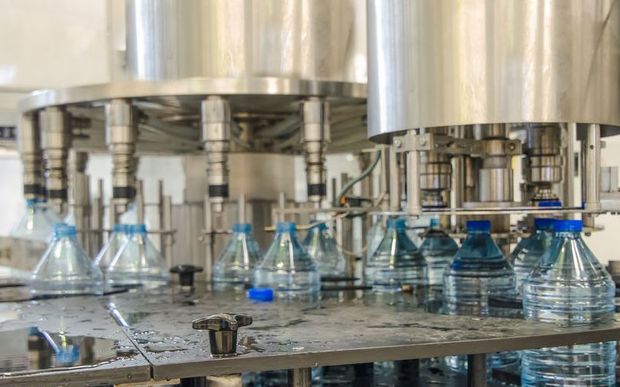 The company has held a land use consent since 2001 for a bottling factory across the road from the springs but has held off from building the plant while it worked to secure markets in south east Asia and China.

Whatitiri Maori Trustees own the springs and said they found out only this month that in August last year Whangarei District Council had approved a bottling plant twice the size of the one it originally approved fourteen years ago.

The consent application was not publicly notified.

Spokesperson for the trustees Meryl Carter said the council knew how important the springs were to local hapu, and they were devastated they were not consulted.

"It's so hard not to be angry in these situations, but I was very angry. It's not just that it's a spiritually significant site, because it's all of that. It's also where people regularly eat from. The watercress is used at every event at the marae and that marae is very busy."

Whangarei District Council said there was no need to notify Zodiac's application publicly - or consult the Whatitiri Trustees - because it was simply a variation of the original land use consent.

Resource consents manager Alister Hartstone said the council was limited in what factors it could evaluate and assessed the impact of a bigger building as less than minor.

But Poroti trustees said the proposal should been looked at as a new consent, and publicly notified.

They said the impact of wastewater from a much bigger building, and sixteen staff, had to be significant and increased the risk of pollution.

Millan Ruka, a hapu spokesperson, said stormwater run-off is already a problem at the site after the council built a drain and culvert that flowed into the springs in heavy rain.

"They're actually discharging into our land, before it drains into the springs. ..They are breaking every protocol, every act of decency. "

Mr Ruka said the hapu learned at a meeting last week that Zodiac had now applied for regional council consent for earthworks and a sedimentation pond on its factory site.

He said that application was not publicly notified either, and the regional council officer at the meeting revealed his council had not been told by the district council of Zodiac's plans for a bigger building.

The Regional Council said that consent wouild be granted as a controlled activity with conditions that will protect the environment and the springs.

But a Poroti kaumatua, Taipari Munro, said tangata whenua had heard those assurances before, and had little confidence in them. He said the council cannot even fix its own storm culvert that continues to pollute the springs. 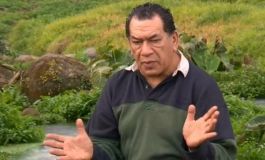 Mr Munro said Poroti Springs are precious to Maori; and the councils' failure to consult feels like an insult.

Zodiac Holdings declined an invitation to discuss its plans. But in its application it said it needed a bigger building than originally planned, because it was targeting the home and office market for bottled water - which means bigger containers and more space to stack them.

In the past Zodiac has said that its activities will have no effect on Poroti Springs, but will provide jobs in the area, and export earnings.

Tangata whenua said they were considering their options and those could include seeking a judicial review of the non-notified council consents.

Legal title to Poroti springs was given to Maori trustees in the 1890's and their Treaty claim over the resource has been central to the Maori claims over freshwater.

The trustees have accepted the use of the water for a public supply and an irrigation scheme for local orchardists.

But they have objected to the Zodiac scheme because it is a purely commercial venture which they say cuts across their proprietary rights in the water and their role as kaitiaki or guardians.