A total ban on set nets in Akaroa Harbour appears unlikely despite an endangered Hector's dolphin found to have drowned in one.

Marine biologists and a local tourism operator called for the ban after the dolphin was found on Monday. 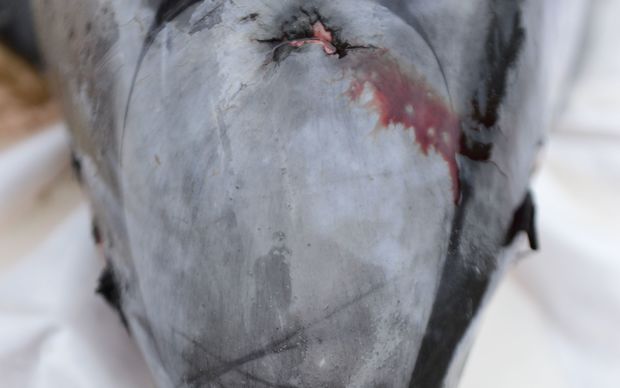 But Conservation Minister Maggie Barry is cool on the idea and said in a statement that cases of the dolphins dying in set nets were rare.

Since the last dolphin was caught, recreational set nets have been limited to between April and September.

Marine biologist and Hector's dolphin expert, Professor Steve Dawson, who examined the animal, said limiting the nets to the winter months was no longer sufficient.

"At that time it was thought the dolphins pretty much left the harbour in winter, and we now know that's not true. And we know that because of the acoustic monitoring that we've done. And you can find dolphins right up there in the most inner part of the harbour in the middle of winter and therefore set netting just isn't safe."

Professor Dawson, said he warned the Department of Conservation two years ago about the risk the nets posed to Hector's dolphins but has yet to receive a response.

He said given there are only about 7500 of them left, a total ban on their use is long overdue.

"There's very few countries that have their own species of dolphin. This is like the kiwi. That gives us a special identity and special relationship with these animals and if we can't save them, if we can't prevent them from going extinct, then what can we save?"

Paul Milligan is chief executive of Black Cat cruises which takes tourists out to observe the dolphins.

He said without them his business, which employs 50 people, would not exist.

"If we were to allow set netting to continue and these dolphins to decline, then that would take away a large part of the income for the Peninsula itself, let alone the fact that just from a conservation perspective, allowing an endangered species such as the Hector's dolphin to get caught and die, it's not something New Zealand should be proud of really."

Recreational fisherman Evan Still, who used to own a fishing charter business in Akaroa, said banning set netting after one dolphin death would be an over-reaction.

"We don't know the reason why it got caught. It could have got frightened and been chased into it by a bigger fish, or it could have been chased by a jet ski. So the fact it got caught in a set net and died is not necessarily a reason to ban set netting. If it was happening on a more frequent basis then yes."

However Mr Still said he would support banning set netting in areas the dolphins were known to frequent.