The bomb squad was called to a Nelson recycling centre yesterday after a live grenade was found. 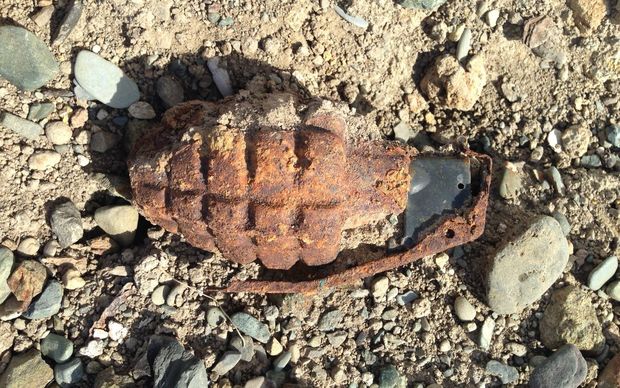 The rusty grenade was found at a Richmond recycling centre. Photo: NZ POLICE

A staff member at the Richmond green waste recycling centre spotted a rusty grenade in a pile of dirt about 1pm.

Police cordoned off the area until the Defence Force bomb squad arrived from Christchurch.

The grenade was detonated about 9.20pm and the sound of the explosion could be heard several kilometres away.

Police say anyone who finds old bombs or munitions should not touch them, and should call 111 immediately. All military ordnance should be treated as live and very dangerous.