Nearly 8500 rabbits were shot in the annual Easter bunny hunt in Central Otago yesterday in Otago, by over 300 hunters taking part. 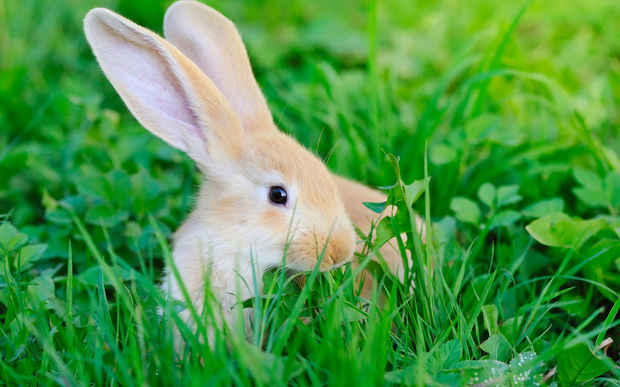 The organisers of the annual Easter Bunny hunt in Otago says it's a shame the rabbits have to be disposed of rather than made into food and pelts after the event.

The hunt began early on Friday morning in Alexandra with hunters keen to enjoy landscapes they would otherwise not have access to.

The president of Alexandra Lions, John Feron, said one team hunting in the McKenzie country was skinning the last of their rabbits in an experiment to see if the meat can be turned into petfood.

"It's very very difficult to keep them in good condition.

"You've certainly got to gut them and keep them chilled. It was in the mid 20's and it was a relatively warm night." 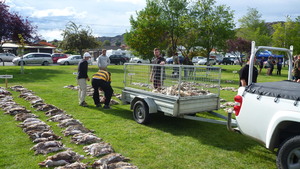 However, he said another team shot just 15 rabbits, having drawn Queensbury Station near Lugget in the ballot.

However, that pales in comparison with the 20,000 shot about five years ago.

Since then, rabbit calicivirus and tough local council regulations on pest control are keeping the rabbit population in check.

John Feron said the hunters converge on Pioneer Park in Alexandra at 8:30 on Friday morning and reconvene at midday on Saturday when their kill is counted.

Mr Feron said most of the hunters take part for the excitement of being allowed access to land they wouldn't normally be allowed to hunt on.

Among the high country stations allowing the hunters access are Lowburn, Highburn Station, and Mount Pisa Station, as well as Bonspiel Station in Moa Creek where part of the Lord of the Rings trilogy was filmed.

Mr Fenton said the rabbits are all disposed of after the hunt, but he said a small part of this hunt may remain.

A woman from Wanaka has this year taken dozens of rabbit tails which she will attempt to cure and turn into a garment for the World of Wearable arts awards.