A Waikato farmer has squashed the record for the largest pumpkin grown in the southern hemisphere. 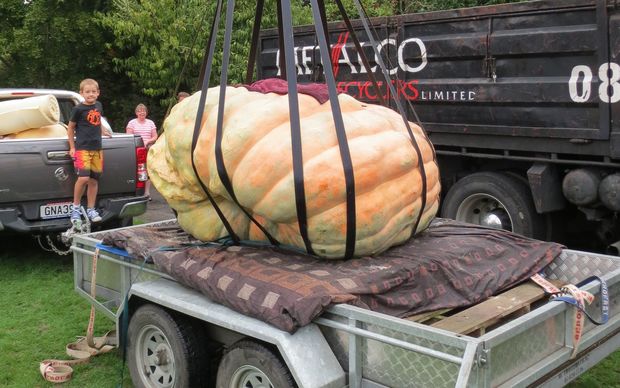 The pumpkin weighed in at just over 754 kilograms at the Great Pumpkin Carnival in Hamilton at the weekend, beating the Australian record by 11 kilograms.

Tim Harris, a Morrinsville dairy farmer, said it took about three months to grow but would be better suited to taking Cinderella to the ball than as a pie.

"A lot of fertiliser goes into it, yeah not that nice tasting, this pumpkin will end up being stock food in the end and generally as you get bigger they do tend to go uglier. This one definitely not the prettiest pumpkin I've grown."

Mr Harris said it took good seeds, weather and a lot of luck to grow the pumpkin. 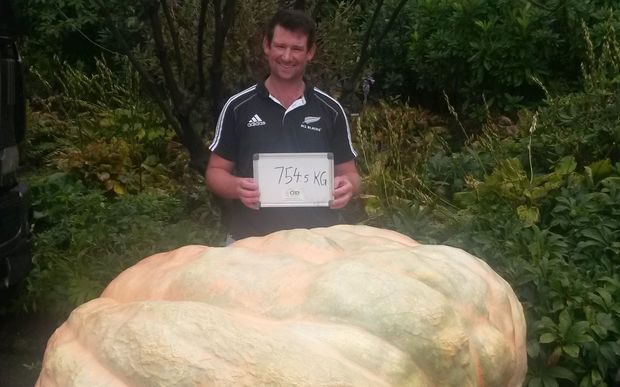