The cost of rebuilding Whanganui's failed wastewater treatment plant has ballooned from $25 million to $38 million, including $7.7 million already spent on design work and sludge removal. 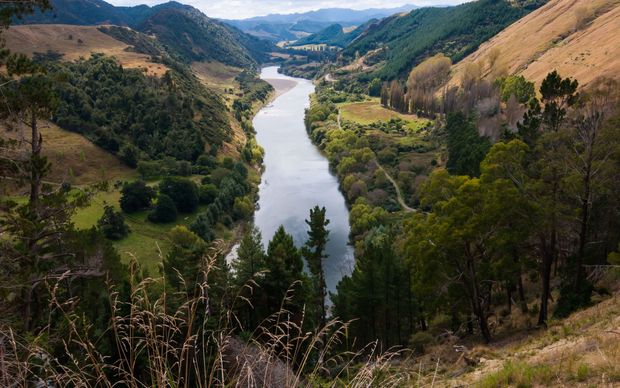 In its draft 10-year-plan the Whanganui District Council now says it wants to delay construction of a new plant for up to three years to make sure it is finically viable.

The delay will mean partially treated sewage will continue to be discharged into the Tasman Sea via the South Beach outfall.

Whanganui mayor Annette Main said the council was determined to get the job done properly this time after the original plant built in 2007 was forced to close in 2012.

And that meant reducing the $9.7 million annual operating cost of the new plant which included disposing of the rotting sludge which formerly swathed parts of the city in a foul odour.

"There is no way that I'm going to have what happened previously where we chose a preferred plant and it was proven not to actually work," said Ms Main.

"So this time we are going to make sure we have a plant that works but also that we can afford to pay the ongoing annual costs of operating the plant."

Ms Main said the continued discharged of partially treated waste into the Tasman Sea via the South Beach outfall was a case of the lesser of two evils.

"Personally, I don't like it but we also have not choice. We have a community of 45,000 plus some major industries and we simply do not have a choice.

"We don't have a wastewater plant in place after it failed but we do have a pipeline and this is our only choice at the moment."

Sustainable Whanganui Trust board member Lyn Pearson said the trust was not happy that sewage would continue to be pumped into the sea under the council's proposal.

"My understanding is that it's just being screened so like going through a big sieve, but it's not being treated in any way by chemicals or naturally. I have grave concerns about that."

Ms Pearson said the council should borrow to get construction of the new plant underway more quickly.

"I think we need to look at how we can speed things up here. One of our members has already started looking at the Public Finance Act and seeing if there's ways where we could get a cheaper loan or at least not have to pay a high interest on the loan."

Ms Pearson said council should also insist on a higher contribution from industry for the on-going costs of the new plant.

"I'd like to further investigate how industry pays for it because Whanganui is not a big place and the wet industries which require the district to treat their sewage, effluent and waste are really putting a financial burden on the residents."

He was willing to give the council the benefit of the doubt over the continued discharge of waste through the pipe.

"It sucks that it is happening, but hey, what else are you going to do. We just want to see it fixed and we understand that the council is doing the best it can so we're in support.

Mr Quirk said surfers had noticed a general improvement in water quality over the years which gave them confidence the council was on the right track.

"Back in the 90s, you'd go out for a surf and be crook for three days afterwards. We don't have that problem now," he said.

"I'm certainly not saying that there's no trouble there at all, but what we're sort of saying is we're seeing an improvement and we have trust that they are going to get this right."

Public submissions on the council's proposal closes on April 29.