A Christchurch principal says a High Court injunction overruling his decision to stop two students competing in a rowing regatta is a potentially dangerous precedent. 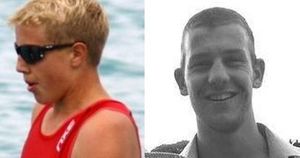 St Bede's College told two students - Jack Bell and Jordan Kennedy - they could not compete in the Maadi Cup after they breached aviation security and rode on a baggage carrier at Auckland Airport.

Their parents took the matter to the High Court, which issued an interim injunction allowing the boys to take part in the regatta.

The injunction expires at 5pm tomorrow night and the boys will not be able to keep on rowing at the event unless the parents file to have a substantive hearing into the matter.

St Bede's rector Justin Boyle said the action could be seen as undermining the school's authority.

"What it's doing there is is taking away the ability of the school to manage their children and any educational activity outside the classroom."

St Bede's lawyer Andrew McCormick said it was important the school got a decision on whether it was right to discipline the pupils.

He said the substantive hearing could not be held until the regatta is over, so the penalty becomes moot.

But he said there were broader implications as to whether schools and principals can exercise their discretion and discipline students.

The school's board of trustees, which met today, expressed its disappointment that the parents had taken legal action against the school.

The board members were also unanimous in their support of Mr Boyle.

Two senior members of college staff travelled to the rowing venue today and two more will travel on Friday to support the team for the remainder of the regatta.

The board will now seek further legal, insurance and Ministry of Education advice before making any further decisions or comments.

'Every other child has to obey the school rules'

"I think that it shows children of people who can go to the High Court don't have to take the consequences for their actions," she said.

She said the majority of parents agreed schools should be able to have a disciplinary process.

Secondary Principals' Association president Tom Parsons said that if St Bede's had followed process, the pair would have been flown back to school for the matter to be investigated and they would not have rowed.

Auckland Grammar headmaster Tim O'Connor said he fully endorsed the decision by St Bede's to ban the pair from the Maadi Cup.

Mr O'Connor said, faced with the same situation, he would have stopped the boys from competing.

He said representing the school was a privilege that came with responsibilities and he questioned the High Court intervening in the matter of an internal school decision.

Christchurch Boys' High School headmaster Nic Hill said he believed he would have also banned the boys from rowing at the event.

He said he was surprised the court gave so much urgency to such a minor matter.