A Kaikoura land-owner is calling for an outright ban on shooting on public roads, which she says would put an end to illegal hunting once and for all. 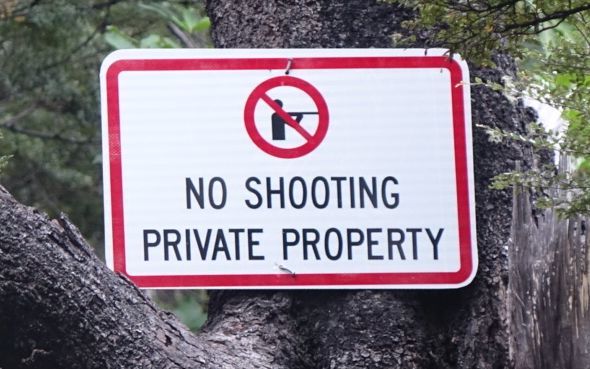 Shooting a firearm on a public road - as long as it is not endangering lives - is actually legal, but farmers in the Puhi Puhi and Blue Duck Valleys north of Kaikoura do not think it should be

And they think a ban would crack down on poaching, which they say only gets worse in the coming weeks going into the roar (the deer breeding season) after first frost at the end of March and start of April.

The Puhi Puhi Valley, just north of Kaikoura, is an isolated farming valley.

Sheep, cattle and deer are common in the area - and so are poachers.

Driving up the windy road, it is easy to pick at least four or five signs, warning that it is private land, and shooting is forbidden, though poachers do not seem to be getting the message.

"I think we are, in the Puhi Valley, an accident waiting to happen" Nicky McArthur, who runs owns a tourism lodge on Te Puhi Peaks station at the head of the valley, said.

She said there needed to be a total ban on shooting from public roads, an area of the law that has too many grey areas.

"Purely from a safety point of view, where ever you are in New Zealand, I believe we've got issues.

"We've got lots more mountain bikers around these days, and I think we need to be really concerned about shooting on public roads that are surrounded by private land, because who knows what farming activity might be going on behind the next bush, or hedge, or what residents might be there?"

"Two stags we had behind wire were gutshot and left to die, and we, obviously hadn't realised that they'd been gutshot at night from the public road at the gate."

Her neighbour Kevin Topp agreed that an outright ban on shooting on public roads would give the police confidence that if they took a case to court a prosecution would be guaranteed. 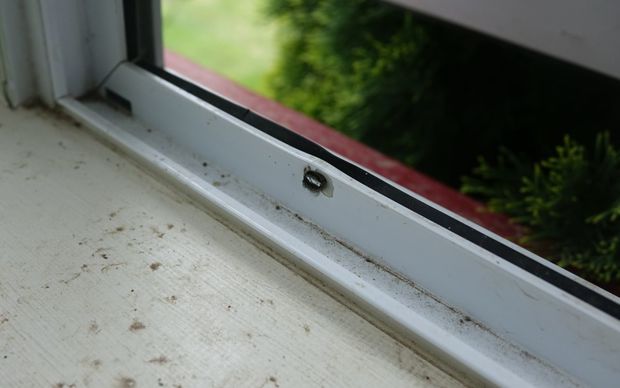 "All our houses up the road, are near the road, and anybody shooting on the road, can easily miss the deer, or the bullet goes right through the deer, and our houses are so handy to the road, we could quite easily get shot. In fact, I can show you a bullet hole in the window."

"The most worrying one was when a poacher came in and threatened to shoot my wife."

In the neighbouring Blue Duck valley farmer Dave Pickering wants poaching knocked on the head, but said a ban on shooting on public roads was a serious step to take.

"There's merit in banning shooting from the road, but it's a big move", he said. 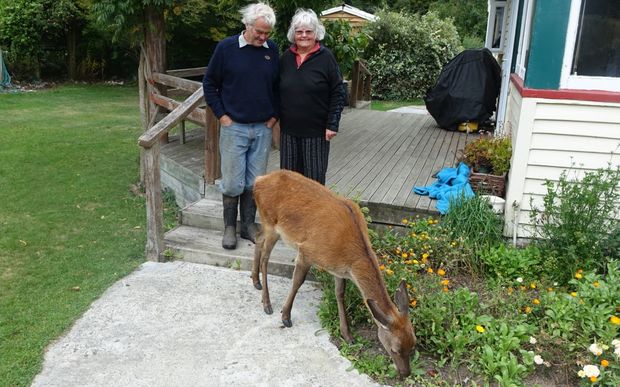 Kevin and Sandy Topp with pet fawn, who was left for dead in the wild after her mother was shot by a poacher. Photo: RNZ / Patrick Phelps

"The land owner, that owns the property, that the road goes through, would then be breaking the law, shooting onto his own property.

"This is a whole can of worms, it takes.....well, I'm not sure what the complete answer is."

"If somebody's gonna get shot by a wayward bullet the chances are it'll be one of us."

Department of Conservation ranger Mike Morrissey said it was already illegal to have a loaded firearm in a vehicle, but there needed to be more clarity on roads and firearms full stop.

"People shouldn't be able to just shoot, from a public road, unless for a lawful purpose. I think that's the sort of wording that needs to be there.

"Under the Arms Act, it's illegal for anyone travelling along the road to have a loaded fire arm. But if you weren't allowed to do it at all, accept for a lawful purpose, it might make a lot of people think."

There were areas of the law which depend on interpretation the officer in charge at the Kaikoura Police Station Matt Boyce said. 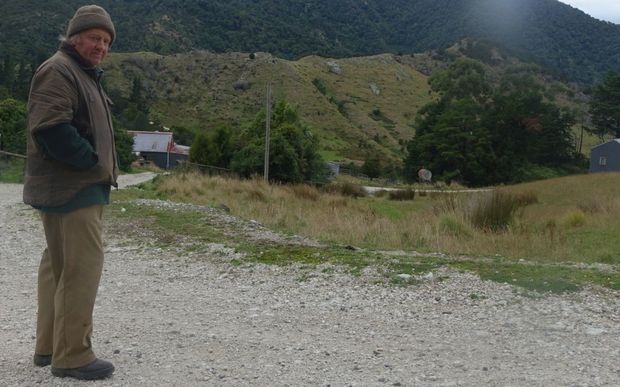 "Some of it may appear, ambiguous, about shooting off a public road.

"Because we do want to know, especially in the evening, and the night time, it's going to be dangerous when you don't know where the bullet's going, you don't know what's behind that bush."

Farmers said it was high time the law was looked at, before it was too late.