The Crane Association is urging young men to leave the testosterone at home and think again before attempting to climb any crane. 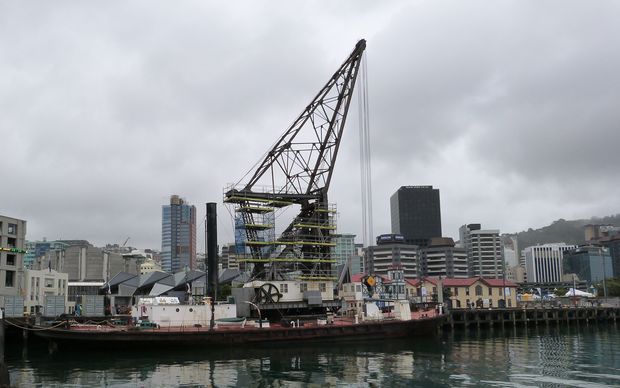 This morning a 20-year-old man died after jumping from the 40-metre high floating crane Hikitia into the Wellington harbour.

Police said they were called to the waterfront at about 7am today, when a witness saw the man jump from the crane into the water, land on his back and not resurface.

Police said the man had climbed the crane with a friend and jumped voluntarily. They said alcohol was a factor.

Crane Association chief executive Rod Auton said the Hikitia had become a target for young people to prove themselves and this morning's incident was an example of how badly things can turn out.

"That water will feel like concrete when you hit it, specially from forty metres, you know these guys have to think twice about what they're doing, however as you say under the influence they're bullet proof, it just doesn't work."

Mr Auton said people needed to take stock of just how dangerous the consequences could be when climbing cranes.

Sergeant Brett Cuzens said the man had climbed the crane with a friend.

"He's stripped down to his boxers and climbed to the top of the crane with the purpose of jumping and has landed on his back in the water, he had a mate with him who was on the crane as well watching him, his mate has jumped in the water to try and save him, but he was unsuccessful."

Police divers recovered the body from the water near the Taranaki Wharf shortly after 10am.