The dry conditions in the South Island have led to a major shortage of honeycomb.

Managing director of a Timaru honey company, Steve Little, said there had been very little clover in pastures, so bees had produced much less honeycomb than usual.

He said production is down in the country's main production areas, South Canterbury, Otago and Southland. 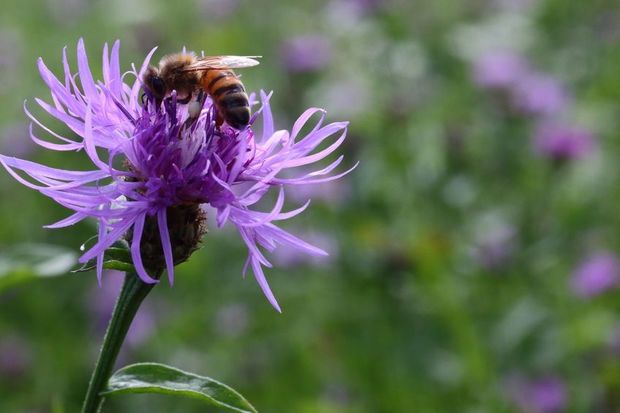 Mr Little says 20000-dozen squares of honeycomb would usually be exported annually, but that is down to about 3000 this year.

However, he said the lack of honeycomb has been offset by very high prices for New Zealand honey, so profits are still high for producers.

Meanwhile the UMF Honey Association said researchers have identified the first of the key components that make up manuka honey.

Japanese researchers have published a study showing a compound called leptospermum is only found in manuka flower nectar.

The association general manager, John Rawcliffe, said the presence of leptospermum means it can now be easily proved whether honey genuinely comes from manuka flower nectar.

Mr Rawcliffe said the compound could not be easily synthesised and that would help the industry protect itself against honey producers who try and pass off other varieties as manuka.

Leptospermum is the first of four compounds researchers are trying to identify to learn more about manuka honey.