A protest by dozens of prominent Aucklanders against an expansion of a downtown wharf is too late, according to Ports of Auckland. 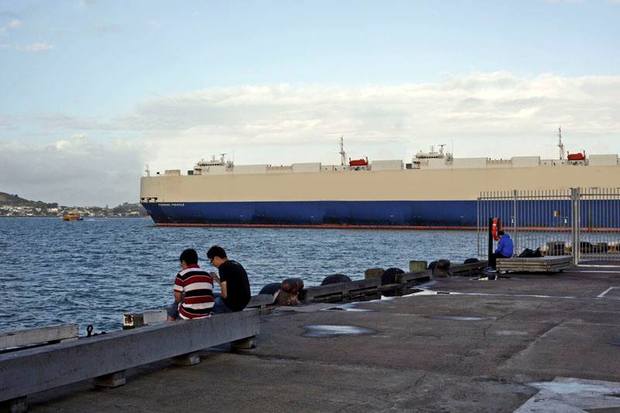 The group says this mocked-up image gives an idea of what the harbour would look like after the extension. Photo: Facebook / Stop Stealing Our Habour

They don't want a 100-metre extension of the Bledisloe Wharf to go ahead, which would narrow the Waitemata Harbour and block some views.

But a spokesperson for the port company, Matt Ball, said the development would happen and it was urgently needed.

He said ships were getting bigger and if the wharf was not extended the port would have to turn them away.

"Auckland is growing really fast, the population is increasing and all of those people buy stuff from overseas and it's got to come in somewhere."

The letter to the council-owned company is part of a full-page ad and it accuses the port company of sneaking through permission for the extension.

One of the group's organisers, Michael Goldwater, said it was easy finding people to sign.

"These are very highly intelligent people so they are looking at what the ports are proposing, and they are considering whether that is actually to the greater benefit of Auckland, and the resounding call from all these people is, the answer is no."

Penny Whiting, a veteran sailor, said the port should go up rather than out.

"I think it's just a horror show, that they're going to put more rocks into our harbour. Why can't they go up one floor? It doesn't have to be full height, it just has to be high enough to store cars and store things."

Auckland businessman Rob Fyfe said there was no transparent process to give Aucklanders a chance to have a say.

He said the plan put the commercial interests of one company ahead of everything else.

"I just think it is a very precious asset that as we modify and develop the infrastructure around the harbour, we need to think very carefully and all Aucklanders should be consulted before we make significant changes like this proposed extension to the port infrastructure."

Moa Beer chief executive Geoff Ross said the port was essential to Auckland's economy but it needed to be better developed.

"Nothing pleases me more than to see container ships full of New Zealand exports leaving there every day.

"But there are ways of achieving that and still allowing access to the harbour and doing it in a way that has more aesthetics than what's currently being proposed."

A protest is planned at Queens Wharf on Sunday.